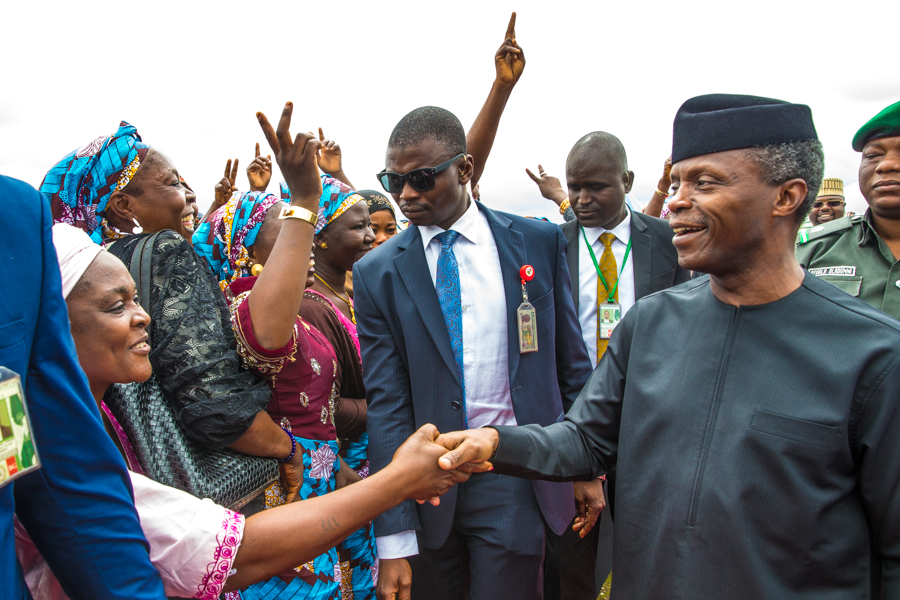 [dropcap]A[/dropcap]cting President Yemi Osinbajo, SAN, on Sunday revealed that the Nigeria Police would now commence the implementation of a Community Policing Programme  in a bid to shore up protection of life and security in the country.

“We must enforce a model that democratizes security in such a way as to include everyone in the process of protecting themselves, securing their own lives and the lives of people in their community.”

Osinbajo made the revelation at a one-day retreat on National Security by the National Economic Council, NEC, composed of all 36 States Governors, the FCT Minister and the Central Bank Governor. The Vice President chairs the Council which meets monthly.

“The simple advantage of the arrangement is that it means that it would involve the ordinary citizen in ensuring his security and that of his community. It must involve all local leaders, all structures of civil society. And on every street, the police ought to have one or two persons who can contact the police at short notice, Osinbajo said.

The National Economic Council rose from its day-long retreat with a consensus on a raft of issues aimed at tackling many of the security challenges in the country.

The retreat featured presentations on the National Security Situation; Terrorism in the North East; Herders/Farmers Clashes; Ethno-Religious Crises; Regional Agitations for Secession and Hate Speech; Kidnapping; and Security Challenges in the Niger/Delta.

It was convened to review current security challenges across Nigeria with a view to finding lasting solutions to identified problems.

Prof. Osinbajo thanked members of the Council for their “patience and commitment to the whole process.

“I must also commend the Armed Forces, the Police and other uniformed forces for their extraordinary professionalism and dedication to the enforcement of law and order, despite the obvious challenges, you have shown exceptional patriotism. I want to say that this country truly appreciates the enormous work that you do every day. I say so for the Army fighting in the Northeast and the Police and all the other uniformed forces that are doing exceptional work every day.”

Community PolicingNigeriaOsinbajoPoliceSecurity
Share
Subscribe to our newsletter
Sign up here to get the latest news, updates and special offers delivered directly to your inbox.
You can unsubscribe at any time

FCT in the throes of kidnappers, “one chance” robbers, bandits

One Year After: Attahiru Foundation, Biography, and Documentary…