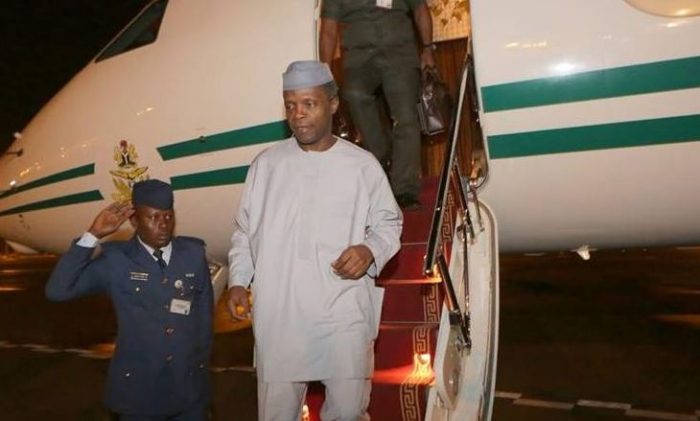 NAN—-Acting President Yemi Osinbajo Friday morning arrived Kigali, the Rwandan capital to join other leaders in the continent and around the world to participate in the ceremonies for Paul Kagame’s inauguration as the country’s President for a third time.

The News Agency of Nigeria (NAN) reports that Osinbajo arrived Kigali early Friday morning accompanied by top government functionaries including the Honourable Minister of Foreign Affairs, Geoffrey Onyeama, the Economic Adviser to the President, Dr. Yemi Dipeolu among others.

According to NAN, while in Kigali, the Acting President will attend President Kagame’s inauguration ceremony scheduled for 10 a.m. local time at the Amahoro Stadium in Kigali.

The Acting President will return to the country later on Friday.

Aug 9, 2022
KagameRwanda
Share
Subscribe to our newsletter
Sign up here to get the latest news, updates and special offers delivered directly to your inbox.
You can unsubscribe at any time

A case for Edo charter of equity