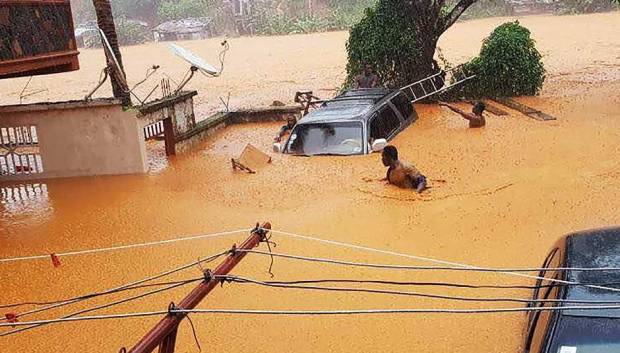 At least 312 people were killed and more than 2,000 left homeless on Monday when heavy flooding hit Sierra Leone’s capital of Freetown, leaving morgues overflowing and residents desperately searching for loved ones.

An AFP journalist at the scene saw bodies being carried away and houses submerged in two areas of the city, where roads turned into churning rivers of mud and corpses were washed up on the streets. 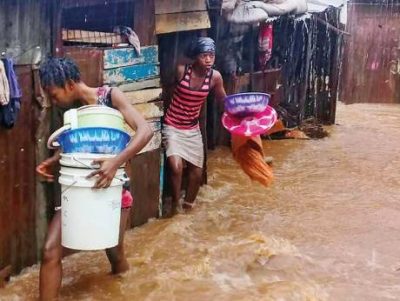 Red Cross spokesman Patrick Massaquoi told AFP the death toll was 312 but could rise further as his team continued to survey disaster areas in Freetown and tally the number of dead.

Heavy rains have caused homes to disappear under water and triggered a mudslide Mohamed Sinneh, a morgue technician at Freetown’s Connaught Hospital, said 180 bodies had been received so far at his facility alone, many of them children, leaving no space to lay what he described as the “overwhelming number of dead”.
Many more bodies were taken to private morgues, Sinneh said.

Images obtained by AFP showed a ferocious churning of dark orange mud coursing down a steep street in the capital, while videos posted by local residents showed people waist and chest deep in water trying to traverse the road.

Fatmata Sesay, who lives on the hilltop area of Juba, said she, her three children and husband were awoken at 4:30 am by rain beating down on the mud house they occupy, which was by then submerged by water.
She managed to escape by climbing onto the roof.

“We have lost everything and we do not have a place to sleep,” she told AFP.

Local media reports said a section of a hill in the Regent area of the city had partially collapsed, exacerbating the disaster.

Other images showed battered corpses piled on top of each other, as residents struggled to cope with the destruction.

Meanwhile disaster management official Candy Rogers said that “over 2,000 people are homeless,” hinting at the huge humanitarian effort that will be required to deal with the fallout of the flooding in one of Africa’s poorest nations.

Freetown, an overcrowded coastal city of 1.2 million, is hit each year by flooding during several months of rain that destroys makeshift settlements and raises the risk of waterborne diseases such as cholera. 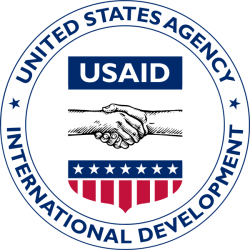