The Man At The ‘Mass’ And The Rest Of Us 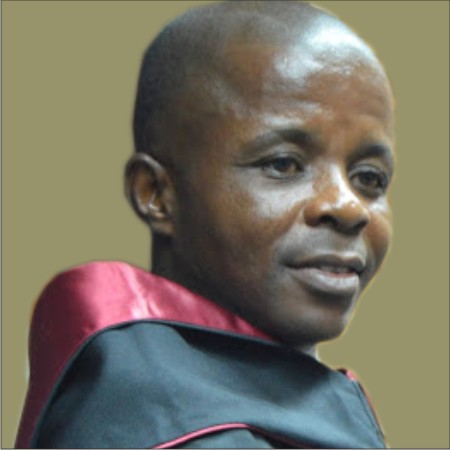 That was back in the days and the event transpired during the celebration of the holy mass in one of the Catholic churches which happen to be my parish. Readers that are conversant with the Catholic order of worship should understand what the holy mass is all about, as time and space may not allow us the luxury to dabble into details. But procedurally, one of the major high points of the mass is called the prayer of the faithful. This is a time when carefully and well-rehearsed lay faithful usually about five in number are invited before the altar to pray for different intentions on behalf of the entire congregation.

But on that day, in that place and at that time, a man, emerged from the rest of us. He was neither selected nor part of those that rehearsed for the above function but without recourse, made his way to the altar with a supersonic speed and assumed the first position. Though strange as it was, the Church warden was left with no other option than to allow him in order not to create a scene and just very slowly, the Altar boy handed over the microphone to him for ‘his’ prayer of the faithful. And the man prayed, ‘father in heaven, in my effort to solve my legion of problems, I have but against my will visited “Babalawo, Dibia, as well as Ifa priests all to no avail and I, have decided to come back to you’. The rest of that episode called prayer of the faithful could best be imagined than seen as the entire congregation burst into an uncontrolled laughter.

The above event though took place a few ago, but it instructively represents what is playing out on today’s political topography called Nigeria. While the man in the church represents you and me, the church or the town represents our nation Nigeria. Also, while the man was forced into visiting the places he mentioned above by circumstance, the same way we as a people were forced into a cosmetic marriage called amalgamation in 1914 by our then colonial imperialists. And right from that moment, things have never been the same as the centre cannot hold.
But unlike the man in the church, we as a people, made up of different tribes have for a long time bore pockets of reservations and misgivings against each other. But lacking in courage to voice out or express it as demonstrated by this man. These ‘national’ misgivings against one another, have lingered since our national independence in October 1960 and have been with us till very recently when people started breaking their long enjoyed silence. From all indications also, that pregnancy we have been carrying as a nation has completed its gestation, hence, the rumbles occasioned by ‘labour’.
Regrettably, as it is interesting, the above situation calls for candid self-introspection and interrogation in order to summon the moral authority as well as legitimacy to challenge and possibly correct this asymmetrical and artificial way of living as a nation. Call it restructuring or sovereign national conference, constitutional amendment or an outright rewriting of the constitution. One thing is crystal clear and that is the fact that the foundation of our nationhood is faulty and all the amalgams have very visibly advertised their mutual suspicion or outright grudge against the other.

Laughable as it appears, the man in the church represents us in all areas but one, and that is our not being courageous. It is also instructive at this juncture for us to remind ourselves that ‘courage faces fear and master it while cowardice represses fear and is thereby mastered by it. Those courageous men never lose their zest for living even though their life situation is restless, but cowardly men overwhelmed by the uncertainties of life, lose the will to live’. I hope and pray that the man from the sleepy town will not be laughing at us just the way we did to him the day he demonstrated the man in him and declared his willingness to exit the “the Paris Club of Bondage”

Some of the reader’s minds will be gravitating towards prayer, either seven days or one-month fasting and prayer just because I painted a picture of challenge or problem. Let the truth be told, the problem bedeviling our nation calls for more dose of action garnished with courage than prayer. It calls for the speaking of undiluted truth and It calls for a disciplined shift of mentality from feeling optimistic to becoming self-confident. Their difference could be spotted from their modus operandi as well as their end result. In optimism, we hope for the best but lack the courage to fight on, while in self-confidence one prepares for the worst but summon that unalloyed willingness to fight.

This is the missing link. We have deliberately allowed the leadership value addition role to elude us by failing to hold our leaders accountable, even in the face of misrule. We punctuate their incivility and actions with our local palace ‘e go betta’ We forget completely as a people that ‘development is stimulated by asking why and how’. Truly, we have through our actions and inactions authenticated the saying that ‘the problem with us is that we are the problem’

We are well aware of the counterpart relationship that exists between us and our leaders but has lost the moral force to implement it. Even as they are regrouping for 2019 electioneering onslaught, we are feeling unconcerned. We have proved without measure that we lack strategy and as a result, we are neither forward looking nor able to figure out what comes next. This I must say is pathetic.

The ‘man in the church’ summoned the courage to confess his past transgressions, we as a people should equally and very urgently summon the moral and political will to demand good and result from oriented governance. Let’s make no mistake about it, this journey demands a struggle, conscientious industry for us to achieve this anticipated good governance and symmetrical coexistence from our leaders. But the good news is that we can.

Yes, that is the interesting part of this conversation. It is my conviction that we have the capacity to enthrone a nation where we can coexist harmoniously irrespective of tribal inclinations. Am full of hope that together, we can establish the egalitarian society that we have been deprived of. But for us to achieve this as a nation, we must team up and fight our common enemy called bad leadership and its proponent. Let us also fight the deconstructionists masquerading as leaders by making sure that come 2019, we shall collectively reject the mentality of instant gratification by rejecting all the alluring inducements of our undemocratic and selfish politicians and go ahead to electing credible people as our leaders.

Let us like ‘the man in the church’ realize that waiting to be recognized by our leaders will translate to waiting till eternity. It is my opinion that we draw, and apply the lessons learned from ‘the man in the church’. Let his courage spur us to action so that we shall file out not for ‘prayer of the faithful’ but to ask our leaders questions and drive our corrupt leaders away from our political geography using legitimate and democratic means.
Finally, as we work tirelessly, hope faithfully for a great nation where peace, unity, and justice shall reign, let us not just pray like ‘the man above’ but rather let us look up to God our maker and talk to him through our positive actions and join our faith with that of James Weldon Johnson and say ‘Oh God of our weary years, God of our silent tears, Thou has brought us far on the way; Thou who by the might lead us into the light . Keep us forever in the part, we pray. Lest our feet stray away from places, our God where we meet thee. Lest our heart is drunk with the wine of the world, and we forget Thee; Shadowed beneath thy hand, may we forever stand true to our God, true to our native land’. To this, I say a very big amen.
God bless Nigeria!!

Jerome-Mario, a social affairs commentator could be reached through :jeromeutomi@yahoo.com

Mass
Share
Subscribe to our newsletter
Sign up here to get the latest news, updates and special offers delivered directly to your inbox.
You can unsubscribe at any time

Mimiko: I have no hands in any anti-Buhari Protest