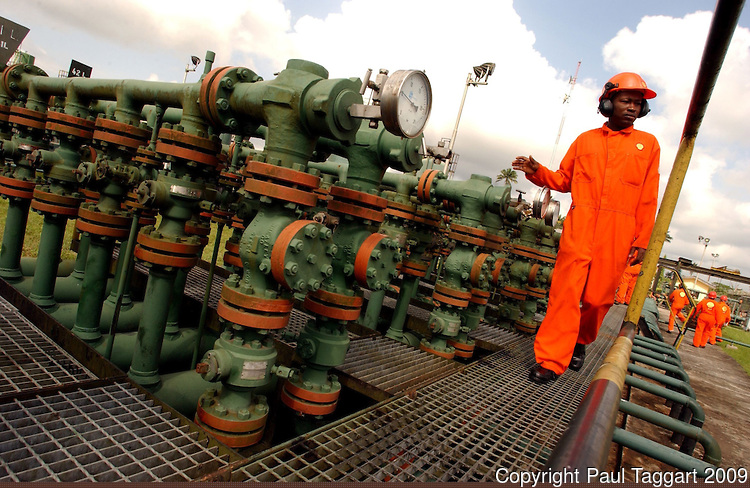 Protesters complained they did not benefit from oil production in their area, a common refrain in the impoverished swampland that produces most of Nigeria’s oil. They also demanded an end to oil pollution in the area.

Soldiers and security guards did not disperse the crowd as they entered the Belema Flow Station in Rivers State, which feeds oil into Shell’s Bonny export terminal.

Shell had no immediate comment, and it was not immediately clear whether there was an impact on oil production.

While Bonny Light crude oil is currently under force majeure due to the closure of the Trans Niger Pipeline, exports continue via another export line.

Exactly one year ago, protesters from Ugborodo village, which is close to Chevron’s Escravos terminal, stormed Chevron’s facility demanding the oil major  relocate more of its Nigerian offices to the southern Delta state to secure work for people living in the oil-producing swampland.

“Our people are casual workers in their own land,” Collins Edema, president of the National Association of Itsekiri Graduates, a community group, told Per Second News at that time.

Chevron workers were evacuated from the facility in helicopters and planes, said a security staff member.

“A plane just landed 40 minutes back to continue evacuation of top staff,” he said.

Ugborodo villagers have a history of staging protests against Chevron. Their complaints — focussing on jobs, community development and pollution — have stayed the same over the years.

Shell
Share
Subscribe to our newsletter
Sign up here to get the latest news, updates and special offers delivered directly to your inbox.
You can unsubscribe at any time

Another kidnappers’ den found in Lagos