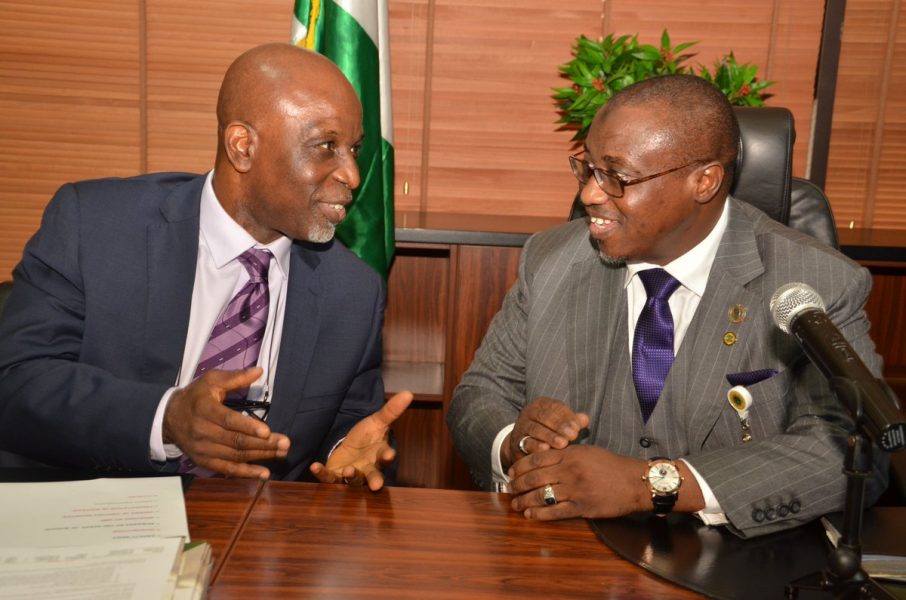 In its bid to support the Federal government’s aspiration to increase power generation to 10GW, the Nigerian National Petroleum Corporation (NNPC) has unveiled plans to expand gas generation and distribution nationwide.

NNPC Group Managing Director, Dr. Maikanti Baru, disclosed this when a delegation of the Nigerian Gas Association led by its President, Engr. Dada Thomas, paid him a courtesy visit yesterday, in Abuja.

The GMD said that the recent debt settlement for the Joint Ventures would have great impact on the Gas Industry as the initiative was capable of freeing some dedicated funds that could be used to develop the sector.

“We have the aspiration of government to raise power generation to at least 10 giga watts capacity, not just 10GW in terms of installed capacity, but one that will be steady in the grid by 2020. All these will drive our activities to ensure that the gas business is expanded and government’s aspiration to earn as much revenue from gas as oil will definitely be realized”, Dr Baru stated.

The GMD said the current efforts to connect the eastern part of the country, where there are a lot of gas reserves, with the west, where high consumption demand exists, demonstrated NNPC’s readiness to impact positively on the power sector.

Dr. Baru stated that a lot has been achieved in the contracting process of the $2.7billion Ajaokuta-Abuja-Kaduna-Kano pipeline project, dubbed AKK Pipeline Project.

“We have gone far with the development of the project using the same paradigm shift of Public Private Partnership (PPP) financing. We have also gone far with the contracting process, part of which is to ensure that money meant for the project is raised from the private investors,” the GMD stated.

He explained that the feat recorded in the project would bring to the fore, a new dimension in gas projects execution in the country, nothing that this would signal a regime of private investors funding for such projects.
The GMD recalled recent financing agreements signed in London wherein, for the first time, the Chinese contributed $250m towards the projects.

He disclosed that Chinese banks had made commitments to bringing in as much money as might be needed to finance oil and gas investments in Nigeria.

“On that occasion, I did challenge the Chinese Banks that since they have now come on board, they should move from the back seat to the driver’s seat and they gave me their commitment that they have plans to bring in as much money as we need to execute our projects. And if the Chinese tell you that they are going do it, definitely they will do it and we will give them a run for their money,” Dr. Baru enthused.

He said NNPC would make inputs into the National Gas Policy recently adopted by the Federal Executive Council as well as the Fiscal Bills on gas being worked out by the legislature, with the view to ensuring that gas takes its rightful place in Nigeria’s domestic energy mix.

While commending the NGA for its efforts to develop the gas sector, Dr. Baru called on the Association to extend its advocacy to the power sector being the major consumer of gas in the country.

He said another project that would increase gas consumption in the country was the Ogidigben Gas Industrial City project, on which he said, NNPC was committed to seeing it come to fruition, stressing that what was remaining is getting the developer to bring in the various investors to put their industries in place.

Dr. Baru pledged the Corporation’s continuous support to NGA in the execution of its mandate and continuous relevance in the industry.

Speaking during the visit, NGA President, Engr. Dada Thomas, applauded the GMD of NNPC for the numerous initiatives that he had taken so far to turn around the fortunes of the Corporation and the country’s economy at large.

“We would like to congratulate the NNPC on a number of paradigm shifts, changes and initiatives it had brought to the fore in recent times. I am talking about the new alternative funding which you recently signed with Shell and Chevron to the tune of $1.78Billion, the Clearing of $400million debt in April, the progress being made on the Elf 2loop lines and the OB3 gas project, one of the most critical gas pipelines in the country,” Engr. Thomas stated

He declared that this gale of achievements by NNPC informed NGA’s huge confidence in the current Management of the Corporation to transform the country’s Oil and Gas Industry.

Other highlight of the visit included the nomination of Dr. Baru as the Chairman, Advisory Council of the NGA by the executive of the Association.