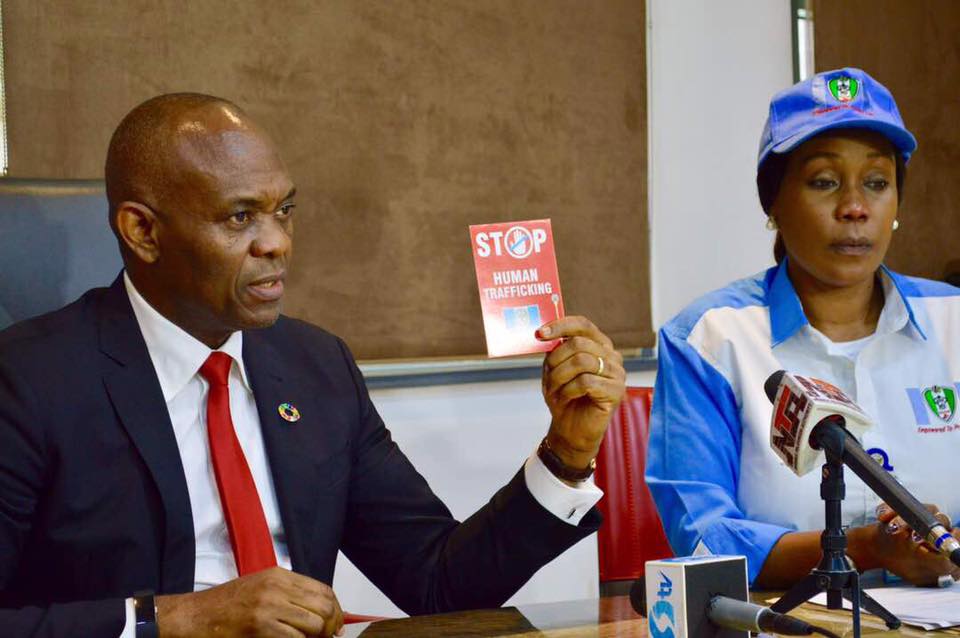 [dropcap]N[/dropcap]ewly decorated Global Goals Champion and SDG Ambassador, Mr Tony Elumelu delivered a passionate plea to stop the scourge of human trafficking – and vowed to support the crack down on the heinous practice both at home and abroad. 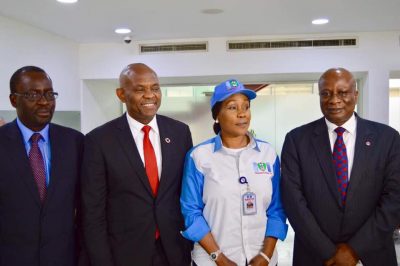 “UNESCO ranks trafficking as the third most common crime in Nigeria. Our young ones deserve better. To discuss how private sector players can address this issue, the Director General of National Agency for the Prohibition of Trafficking in Persons (NAPTIP), Julie Okah-Donli, formerly with the UBA Group as Head, Abuja and Northern Region, UBA Trustees, paid the Heirs Holdings and Tony Elumelu Foundation offices a courtesy visit.”

“Agencies like NAPTIP need good laws, sustained funding and support from local and global stakeholders, and I am happy that Ambassador Symington has committed to supporting Julie, Elumelu said.

The business icon also used the opportunity to advise youths to embrace peace. 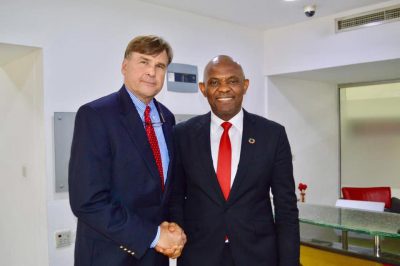 “For my fellow Nigerians who are currently experiencing feelings of marginalization and disenfranchisement, I urge us all to embrace peace – from East to West, North to South, we should recognize that there is strength in diversity and our collective prosperity must outweigh our differences. Our national unity is our greatest asset.”

” We must all rally to focus on these key issues to move the needle and create prosperity. As a  I am keen to work with likeminded partners to create economic hope. Our youth must see hope in tomorrow if we intend to keep them meaningfully engaged and out of mischief, causing tension and insecurity. There is an undeniable connection between security and economic development – poverty is the greatest threat to peace and security.”

Nigeria is a source, transit, and destination country for women and children subjected to forced labor and sex trafficking, according to 2016 Trafficking in Persons Report from the Office TO MONITOR AND COMBAT TRAFFICKING IN PERSONS at the U.S State Department.

The Government of Nigeria does not fully meet the minimum standards for the elimination of trafficking; however, it is making significant efforts to do so, the report said.

Despite a 2015 amendment that removed judges’ ability to sentence traffickers to fines in lieu of prison time, Nigerian courts penalized two traffickers with fines alone and gave another three the option to pay a fine in lieu of serving time in prison.

In 2015, the federal government allocated approximately 2.5 billion naira ($13 million) to NAPTIP, which spent roughly 581 million naira ($3 million) on victim protection and assistance during the reporting period. NAPTIP operated nine shelters specifically for trafficking victims, with a total capacity of 313 victims. Through these shelters, NAPTIP provided access to legal, medical, and psychological services, as well as vocational training, trade and financial empowerment, and business management skills.