Ndoma-Egba: We can no longer depend on crude oil to drive the economy 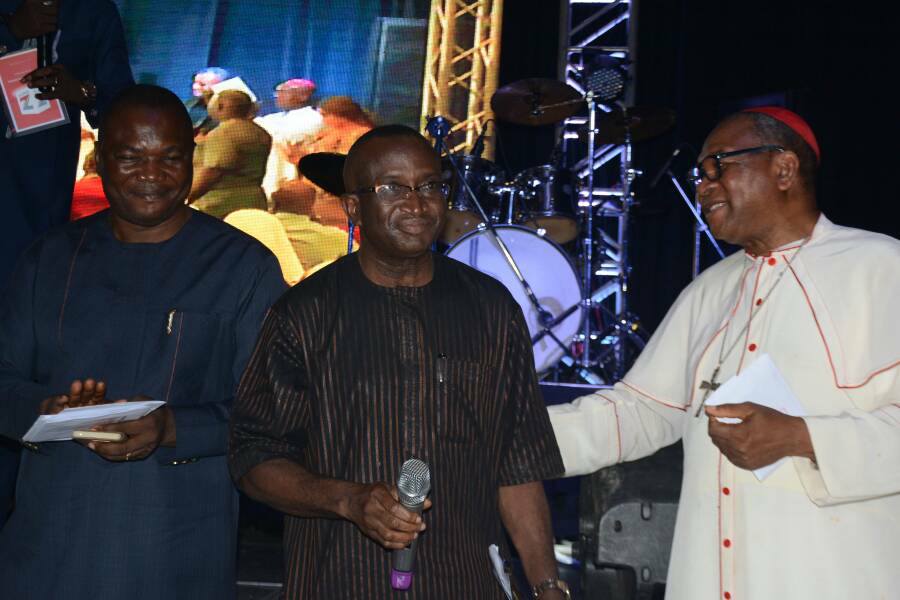 [dropcap]C[/dropcap]hairman of the Governing Board of Niger Delta Development Commission (NDDC), Senator Victor Ndoma-Egba, SAN, has once again stressed the need for Nigeria to begin look outside oil in the interest of the future growth and development of the country.

“As a country, we must begin to think beyond oil and the creative industry is a huge, huge industry that would provide the much needed opportunity for our young men and young women.”

Ndoma-Egba, who was the Senate Leader in the seventh National Assembly, stated this while speaking as chairman of the occasion at the unveiling of the musical Album of Reverend Father John UNOMA of the Catholic Arch-Diocese of Abuja.

“I think what we have done this evening is very, very significant. The proceeds from this album is to build a state-of-the-art studio. That is to help with the infrastructure for the creative industry.  And today I am proud that my church, the Catholic Church is driving this process. The same way you drove education. The same way you drove health, I think should be the same way we drive the creative industry because whether you like it or not, oil is a finite resource, it would dry up some day. If it doesn’t dry up, technology would make it irrelevant. What would sustain this country would be ideas, creativity. And I am very happy that the Catholic Church has taken the lead in this.” Ndoma-Egba remarked.

The NDDC Chairman observed that it has become imperative for the country to de-emphasize its focus on the oil and engage in activities that would help advance other areas of human endeavours, pointing out that oil as a finite product would disappear one day or be made irrelevant by technological innovations.

“The Catholic Church, our church is very, very shy about certain things. It is shy about politics. The church must guide its members in politics. The Catholic Church is very, very shy about public display of creativity. But I see that in Abuja, in Nigeria we are getting less shy about these two issues. I have never met Father John. I first met him at the entrance. My first impression was this was a rock star, until the auxiliary Bishop confirmed that he was indeed one of his priests.

While thanking the Auxiliary Bishop of Abuja Arch-Diocese, Anselem Umoren, for deciding to make him the chairman of the event, the NDDC Chairman noted that it was a welcome development that the Catholic Church has now taken the lead in driving the creative industry to create opportunities for the youths.

“When you find somebody who has consistently succeeded where you failed what kind of emotion do you have towards that person, you would be jealous. I am jealous of Father John even though I am meeting him for the first time. I played in the same band as the Late Prince Nico Mbarga in my Primary School days but nobody has ever heard of me. See the crowd that Father John’s first album has brought, in my own case I played for nothing. I wanted to be a Priest, I am not a priest. Father John is a successful musician, is a successful priest. Two things that I couldn’t do.”He commended the priest for coming up with the Catholic perspective of gospel music saying “I think now the catholic faith is taking its own space in evangelization through music. And for us Africans it is important because music is a critical aspect of the African way of life.”

Ndoma EgbaNigeriaoil
Share
Subscribe to our newsletter
Sign up here to get the latest news, updates and special offers delivered directly to your inbox.
You can unsubscribe at any time