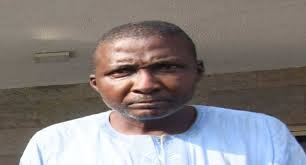 [dropcap]T[/dropcap]he deposed Baale of Shangisha/Magodo in Lagos, Chief Mutiu Ogundare, is to remain in Kirikiri Prison with his wife, Abolanle, a Lagos Magistrate’s Court sitting in Ogba in Ikeja area has ruled.

Ogundare accused of faking his own kidnap on July 5, was arraigned along with his wife, Abolanle, and his brother, Mohammed Babatunde.
They will remain in custody pending the perfection of their bail conditions.

PerSecondNews recalls that Lagos State Governor, Akinwunmi Ambode had dethroned Ogundare in July for stage managing his own kidnap.

The trio, according to a police prosecutor, Peter Okerinmodun, is facing three counts bordering on fake kidnapping.
Ogundare had on July 5, 2017 put himself forward to be kidnapped for the purpose of causing breach of public peace, an offence the state said it is punishable under Section 5 of the Kidnapping Prohibition 2017, Laws of Lagos State.

Mohammed Babatunde and Abolanle Ogundare were also accused of counselling, abetting and procuring Mutiu Ogundare to fake his kidnap, thereby committing an offence under Section 7 (1) and (2) of the Kidnapping Prohibition 2017, Laws of Lagos State.