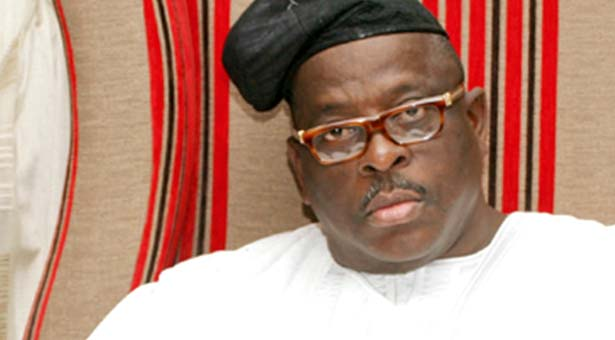 [dropcap]L[/dropcap]eaders in the Southwest Peoples Democratic Party (PDP) Monday resolved to set up a committee to punish fugitive senator Buruji Kashamu and other errant party members.

The zonal leadership revealed that it had cut ties with the senator representing Ogun East in the National Assembly.

The leaders condemned what they called Kashamu’s “destabilising and anti-party activities”, also called for disciplinary actions against him for his alleged roles in the party’s electoral loss in Ogun, Ondo and Edo states.

The leaders directed the leadership of the party in Ogun State to stop dealings and meetings with him and his agents until further notice.

The zonal leaders spoke at the end of a meeting in Ibadan, Oyo State capital, where they discussed and took decisions on important issues affecting the progress of the PDP in the Southwest.The meeting was attended by PDP leaders from Oyo, Osun, Ogun, Ondo, Ekiti and Lagos states.

Ekiti Governor Ayo Fayose,accused Kashamu of being responsible for the challenges confronting the party in the Southwest, advised the state party leaders to take charge of their states and disallow other people from hijacking the party from them.

“All people that are destabilising the peace in PDP, we must sanction them. Nobody is greater that this party. If you call yourself a leader and you are waging war against it, definitely you are an enemy of the party.

“So, our meeting resolved that we don’t want him again in our party. We are not ready to have anything to do with him again. We have directed all the states to stay clear from him.”

Meanwhile, Kashamu in a statement said that he is not afraid of being expelled from the Peoples Democratic Party (PDP).

“The purported resolutions against me by these political harlots are at best a comic-relief of no consequence whatsoever. Fayose and his lackeys are better known for their duplicitous flirtations which borders on the politics of bread and butter.

They are a hungry lot who are ruled and blindfolded by inordinate ambition.

He described those who met in Ibadan as “some impostors parading themselves as the Southwest zonal executives of our party”.

BurujiFayoseKashamuPDP
Share
Subscribe to our newsletter
Sign up here to get the latest news, updates and special offers delivered directly to your inbox.
You can unsubscribe at any time

Ministers In A Group Chat With Acting President Osinbajo