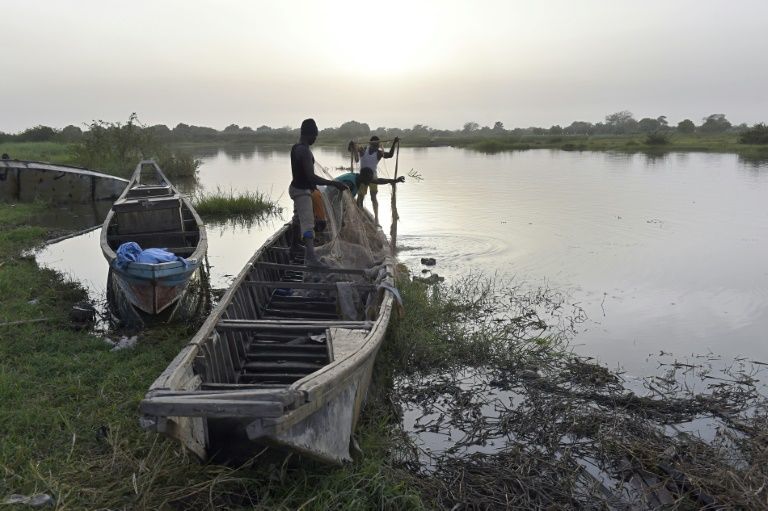 “They (Boko Haram) killed 14 in Duguri and another 17 in Dabar Wanzam,” Kolo said.

The fishermen had returned to the fishing hub of Baga on the lake’s shores days earlier and had paddled out to the two islands in wooden canoes on Friday, looking for fish, said another militia Musa Ari, who gave similar account.

News of the attacks was slow to emerge with communication in the area difficult as Boko Haram has destroyed telecom masts in the region in attacks over the last few years.

As details of the attack in Duguri emerged, fears mounted that the sect are beginning to gain more grounds, despite government’s  assurance that the sect has been defeated technically.

“The attackers split into two groups. While the first attacked Duguri the second went to nearby Dabar Wanzam where they laid in wait for those who fled the attack in Duguri. They killed 17 in Dabar Wanzam,” Inuwa told AFP.

The attackers spared one fisherman in Duguri and loaded the 12 bodies of the men they killed in a canoe and ordered him to take them to Baga as a warning that no one should fish in the lake, said another fisherman Dauda Tukur.

“They told the man they spared to inform the troops in Baga that they were waiting for them on the islands,” he said.

“Somebody called me this morning and informed me that the insurgents had killed 31 fishermen in the Lake Chad Basin, said governor Shettima confirming the gruesome attack.

“This shows the level of crisis we faced in Borno, as the so-called Jihadists continued with their inhuman acts in the Lake Chad basin,” Shettima said.

BokoharamFishermenNigeria
Share
Subscribe to our newsletter
Sign up here to get the latest news, updates and special offers delivered directly to your inbox.
You can unsubscribe at any time