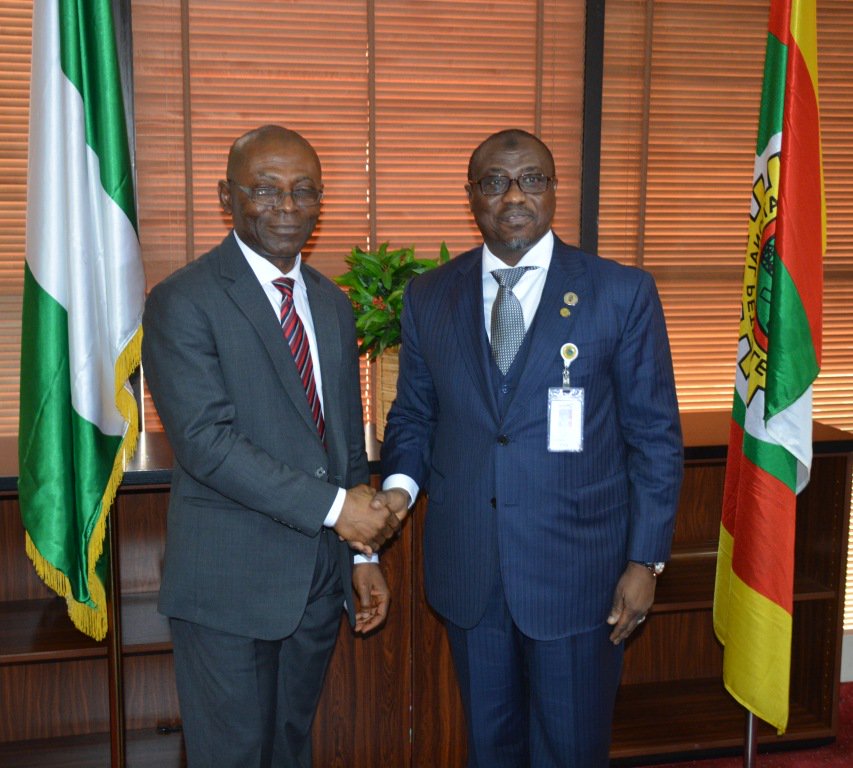 ‘’Let me at this juncture commend the Group Managing Director, (GMD) of NNPC, I note with delight that he assumed office in July last year but he has done quite a number of things worthy of commendation…. Let me also note with delight that the information available to me is that the audited accounts of NNPC that were in arrears are now audited up to 31st December 2014,’’ said Auditor General for the federation (AGF) Mr. Anthony Ayine.

Leading a team of top management and auditors from the Office of the Auditor General for the Federation, (OAuGF) on a business visit to the NNPC Towers Abuja, the AGF said it had become imperative to acknowledge the demonstrable efforts and strides by the current NNPC Management in enshrining the virtue of probity, accountability and transparency in its operations and processes.

Mr. Ayine noted that as the foremost accountability institution in the country, the OAuGF was not only delighted to note the significant changes in the Corporation but was further encouraged by the renewed assurance from the GMD of improved access to auditors from the office of the AGF during periodic checks on the books of the Corporation.

He called for improved synergy between the OAuGF and the oil and gas industry especially in providing technical exposure and support for auditors on the beat.

Responding, Dr. Baru said that transparency and accountability had become a way of life for management and staff of the Corporation noting that the era of unpublished or accumulated NNPC audit accounts had been confined to the history book.
“This explains why we publish our operations and financial reports every month so that not only your office but the general public could follow the trail. I don’t think there is any government institution that has demonstrated this level of transparency,’’ Baru said.

The GMD informed that the Corporation hopes to conclude on the 2015 audited account latest by the end of August 2017 while preparation of the 2016 audited account which began about a month ago would be concluded by the end of 2017.
He said as an entity, the NNPC had a mandate to ensure that Nigeria reaped bountifully from the proceeds of its vast hydrocarbon resources and the Management is also willing at all times to adopt measures that would propel the realization of this noble objective.

AGFBaruNigeriaNNPC
Share
Subscribe to our newsletter
Sign up here to get the latest news, updates and special offers delivered directly to your inbox.
You can unsubscribe at any time

Flouting his own advice, Trump will take extended vacation