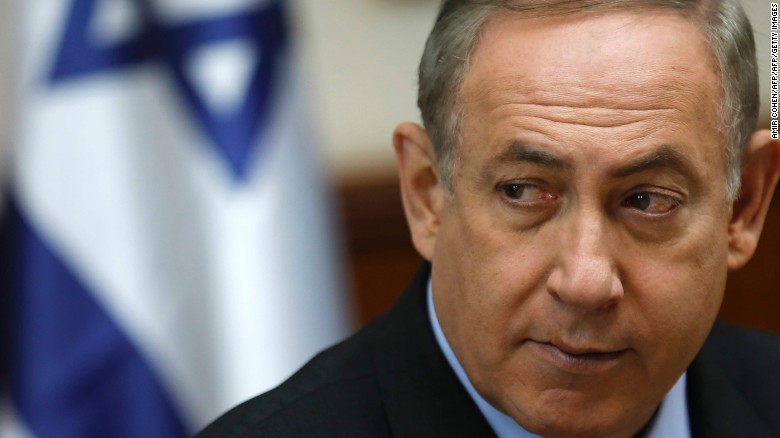 Israel’s prime minister, Benjamin Netanyahu, has been named as a suspect in two investigations into allegations of “fraud, breach of trust and bribes” as his former chief of staff had signed a deal with prosecutors to testify against him.

The suspicions against Netanyahu, who denies any wrongdoing, were revealed in a court application by detectives on Thursday seeking a gag order on reporting details of negotiations with Ari Harow, the former chief of staff, to become a state witness.

The negotiations were concluded on Friday with Harow signing a deal in which he agreed to testify in the two cases.

The confirmation of the seriousness of the allegations comes on the day after his wife, Sara, was again interviewed by police in a separate case relating to claims for household costs in the prime minister’s residence.

Netanyahu’s office denied the accusations and said investigators were trying to bring down his government. “We completely reject the unfounded claims made against the prime minister. The campaign to change the government is under way, but it is destined to fail, for a simple reason: there won’t be anything because there was nothing,” a statement said.