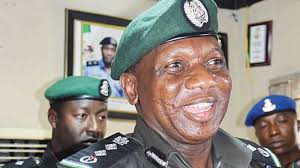 Inspector-General of Police Ibrahim Idris will be relocating to Lagos at least for two days amidst worsening crime situation in Nigeria’s former capital.

He will be at the Police College, Ikeja where he will address officers and men of the force in Zone 2 command.

A statement from the Principal Staff Officer to the IGP, CSP Bode Ojajuni, said he will meet with men of the “Operation Show of Force” after which he will embark on tour of media houses in Lagos state.

The Oba of Lagos, Rilwan Akiolu will play host to the IGP at his Idunganran palace on Lagos Island and later attend a public lecture on security being organised by the force at the Grand Ballroom, Eko Hotet &Suites, Victoria Island, Lagos.

Aug 16, 2022
CrimeIdrisIGPLagos
Share
Subscribe to our newsletter
Sign up here to get the latest news, updates and special offers delivered directly to your inbox.
You can unsubscribe at any time