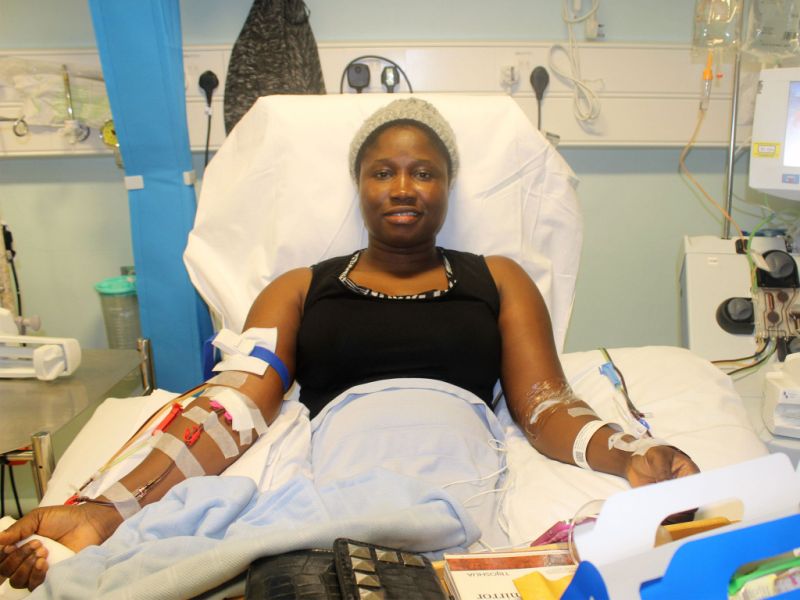 A Nigerian woman May Brown, 24, resident in Dorset, UK, whose sister was refused entry to the UK to donate her “perfect match” bone marrow has died from leukemia, The Independent is reporting.

May was told she needed an urgent stem cell transplant last year, but her sister, Martha Brown, was blocked from travelling to Britain from Nigeria despite being a “10 out of 10” tissue match.

According to the family, the Home Office said it was “not satisfied” that she would be a genuine visitor or had the funds to cover the costs of the trip.

That decision was overturned following a campaign, and the stem cell transplant was performed at King’s College Hospital in London in January, the paper said.

The transplant appeared to have been successful and Martha returned to Nigeria, but three months later May, who had a three-year-old daughter, relapsed.

The 24-year-old, from Weymouth in Dorset, was told by consultants there was nothing more that doctors could do for her, and last Friday she died with loved ones, including her husband Mike, by her side.

The Home Office’s decision to temporarily halt Martha’s entry to the UK came despite a pledge by the African Caribbean Leukaemia Trust (ACLT) to cover the full costs of her trip.

ACLT said Martha’s £222-a-month teacher’s salary was too low to meet entry requirements, despite the urgent medical needs of her sister.

May said at the time: “I was elated when I received the news Martha was a 10 out of 10 match. But when I received notification her visa was rejected, I felt distraught and helpless.

“My two-year-old daughter Selina needs me. She needs me to be back home with her, looking after her.

“To know my life isn’t important to those who have the power to help me is deeply upsetting. My life can be saved if my sister is granted to enter the UK to donate her stem cells.

“This is a six-hour journey which will help save my life. I am begging for the UK Home Office to review their decision and grant my sister admission to the UK.”

A petition to grant Martha a visa attracted more than 60,000 signatures, and was delivered to the Home Office, which declined to comment on her case but said “all visa applications must be assessed against the immigration rules”.

Ms Brown’s husband said in a statement after her death: “May will forever be remembered in our hearts. She was a strong, beautiful, supportive, wonderful wife and mother. Selina and I will truly miss her.

“May was incredibly grateful to the support given to her from ACLT, and I echo those words on behalf of me and our daughter Selina.

“May will forever remain in our hearts.”

​Beverley De-Gale, co-founder of ACLT, said: “In the 18 months I’ve known her, I can say May was a remarkable woman who fought hard to beat this terrible illness.

“Every member of the ACLT team is extremely saddened by her passing. Our thoughts are with her husband Mike, three-year-old daughter Selina and May’s sister Martha.”

As a result of the SaveMayBrown campaign, thousands more people were added to the stem cell register in the UK and Nigeria.

In a similar ongoing case, leukaemia sufferer Isaac Aganozor is appealing for his brother, Patrick, to be allowed to travel from Nigeria to the UK for a bone marrow transplant.

Patrick, according to report was refused a visa by the British High Commission in Lagos after they said in a letter they were “not satisfied” he would leave at the end of his stay.

Isaac told the Evening Standard: “I was so happy when I found out that my brother was a match. But when his application was rejected it was a bigger shock than getting told I had leukaemia in the first place.

“The immigration officers didn’t consider my health, only economics.”

BoneCellMarrowNigeriaStemUKVisa
Share
Subscribe to our newsletter
Sign up here to get the latest news, updates and special offers delivered directly to your inbox.
You can unsubscribe at any time