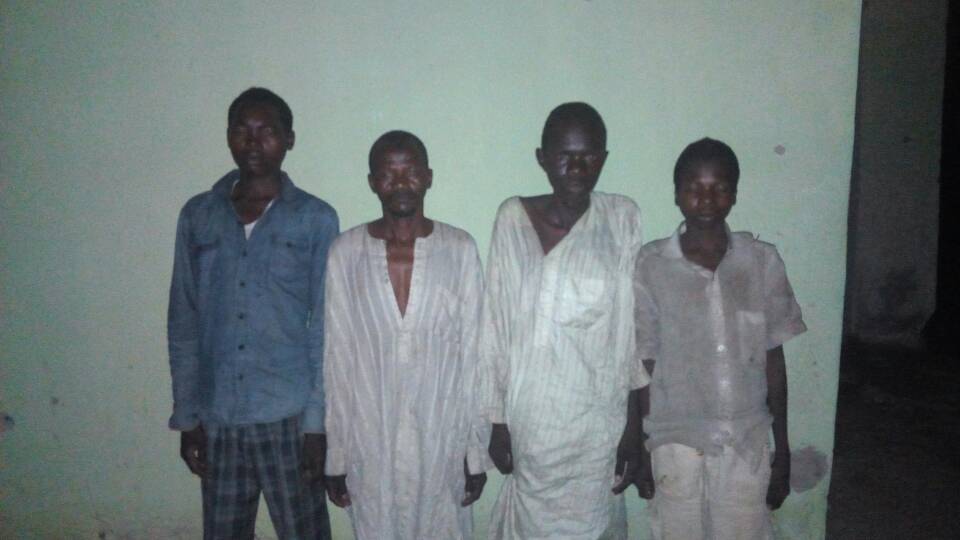 The Nigeria Army on Tuesday said four top Boko Haram terrorists willingly deserted their hideouts and surrendered themselves to 120 Task Force Battalion at Goniri on Monday July 17, 2017
It said that among the deserters was a high-profile terrorist, Konto Fanami, who was the Ameer of Kafa hideout of the Boko Haram terrorists group that operates along Ajigin-Talala-Mungusum axis.

Director, Army Public Relations, Brigadier-General Sani Usman, who announced this in a statement he issued, said during preliminary interrogation, they confirmed that they abandoned terrorism because of incessant hardship and realizing that they were misled by their terrorist group leaders.

According to Usman; “They further stated they were also erroneously misinformed and brainwashed about Islam and the Nigerian military and the society generally.

“The remorseful surrendered terrorists regretted their involvement in terrorism and marveled at the courtesies and humane treatment accorded them by the military on surrendering.”

The military called on the remnants of Boko Haram terrorists to follow suit and renounce their devilish creed assuring that adequate arrangement has made to receive all those that voluntarily renounce terrorism and surrender themselves as they would be treated humanely.

ArmyBokoHaramNigeriaTerrorism
Share
Subscribe to our newsletter
Sign up here to get the latest news, updates and special offers delivered directly to your inbox.
You can unsubscribe at any time