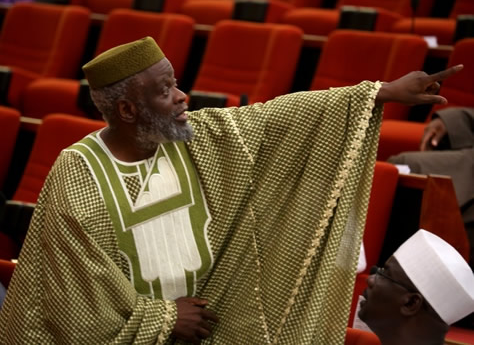 ….Open letter in response to Prof Sola Adeyeye’s THE RULE OF LAW MUST PREVAIL

I read online your recent article titled “The Ruleof Law must prevail”. As a man for whom Ihave always had great respect being myself anacademic, I felt that there were a few things you might have overlooked

1. There is no limit set in the Constitution for thenumber of times that a nominee may bepresented to the Senate for confirmation. Inthe Obasanjo presidency, Prof BabalolaBorisade was presented four times in 18 months to the Senate and he was finallyconfirmed. You asked the rhetoricalquestion whether the American Senatecould ever tolerate such a situation? Wellthefact is that also under American lawthere is no limit to the number of times anominee may be presented. I will cite twoexamples: Caleb Cushing & Charles Beecher Warren. Cushing was – nominatedby President John Tyler in 1843 asSecretary of Treasury, but the Senaterejected his nomination. Cushing wasnominated three times for the position, butwas rejected all three times. In the end, John Canfield Spenser was nominated, andconfirmed, for the position.

Charles Beecher Warren – Nominated twice by President Calvin Coolidge in 1925 as Attorney-General of United States, but twice the nomination was rejected by the Senate because of Warren’s close association with the Sugar Trust, which created a potential conflict of interest, particularly in relation to the enforcement of Federal Antitrust Laws.

Besides, President Buhari is on record as having asked the past Attorney-General to investigate the allegations against Magu, he did, and it was based on his finding of a no-case that the President again presented Magu for the second time. What we are told is that the DG, SSS presented two conflicting reports and that he did not present a fresh report on the second occasion.

2. Dear Prof, being a man concerned with the rule of law, are you not embarrassed, that over 15 members of the Senate of which you are a member are now currently being prosecuted by the EFCC? The Senate President is being investigated by the same EFCC for embezzling over N3.5b of Paris Club refunds meant for the States. None of the Senators on trial has stood down ( as did judges on trial and recently the SGF and NIA boss under investigation but not under trial!) And it is the same Senators, not even politely excusing themselves from the confirmation proceedings of their prosecutor /investigator, who vote to reject a man widely seen by the public as fighting corruption. This is why Nigerians are “justifiably angry” with the Senate. This is why they are crying witch-hunt!

3. It is worth noting that the provisions of Section 171 of the Constitution broadly classifies Presidential appointments into two. Those requiring Senate confirmation and those not requiring same. Extra ministerial bodies such as the EFCC are specifically excluded. By submitting the name of Magu for confirmation ostensibly under the EFCC ACT, the executivewittingly or unwittingly acted unconstitutionally. This is because any legislation that is inconsistent with the provision of the Constitution is null and void and of no effect whatsoever to the extent of such inconsistency.

There the Supreme Court said: “the time honoured principle of law is that wherever and whenever the Constitution speaks, any provision of an Act/Statute on the same subject matter must remain silent…” (Per Muhammad JSC)

But I agree Prof, that the issue can only be resolved by a court . This probably explains why the Executive has continued to send nominations for confirmation provided for under different Acts to the Senate. However the refusal of the Senate to entertain those nominations suggests that the Senate has now constituted itself to a court, and has decided the interpretation in its own favour. It seems to me Prof, that it is the distinguished Senators, your own colleagues who must now respect the rule of law.

Perhaps a last point. It seems that there is a peculiarity about the Magu case. He was until his appointment a senior officer of the EFCC. He was appointed to act when the then substantive Chairman Ibrahim Lamorde was removed. This is unlike any nominee who is an outsider to the institution to which he has been appointed. His rejection by Senate to take on the substantive position of chairman should not in any way disturb the administrative arrangement of his acting in that capacity until another person is appointed and confirmed. Senate should not interfere with purely administrative decisions, within the purview of executive functions. 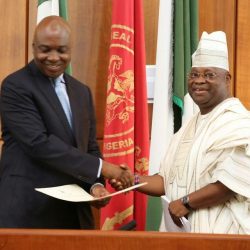