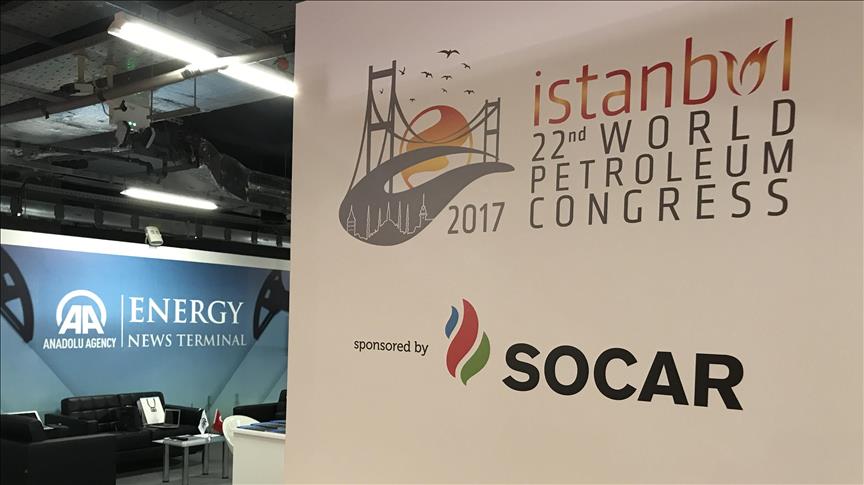 [dropcap]T[/dropcap]he 22nd World Petroleum Congress (WPC), the largest meeting of the oil and gas industry, opened in Istanbul on Sunday.

Speaking at the opening ceremony, Jozsef Laszlo Toth, president of the World Petroleum Council, said the challenges in the petroleum sector were growing as world population increased and economic development brought a large number of consumers to the market.

The Congress, which will conclude on Thursday, expects 50 ministers, 500 policy makers, 500 CEOs and 5,000 delegates from 100 countries, as well as 20,000 exhibition visitors. The event is conducted by the World Petroleum Council, which is a non-advocacy, non-political organization with charitable status in the United Kingdom and has accreditation as a non-governmental organization from the United Nations.

The event’s agenda includes the plenary session, ministerial sessions and the round table discussions on the level of CEOs.
Such prominent politicians and executives as Mohammad Sanusi Barkindo, the secretary general of Organization of the Petroleum Exporting Countries (OPEC), Ben van Beurden, the CEO of oil giant Royal Dutch Shell and Bob Dudley, the head of the British Petroleum (BP) corporation, among others, will attend the event and make speeches at the plenary session.