Fatal Accident in Lagos As Container Falls on Commercial Bus 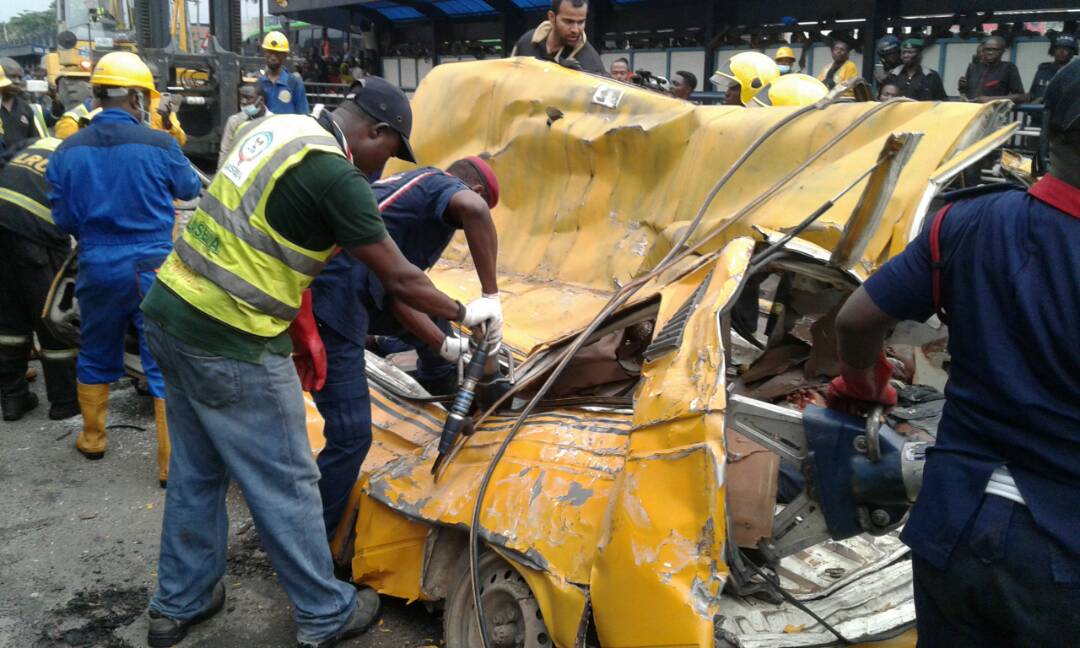 [dropcap]I[/dropcap]n what is believed to be one of the worst accident of the year in Lagos, 5 people were killed and about 5 others injured after a container truck  fell on a bus in the Ojota area of Lagos. 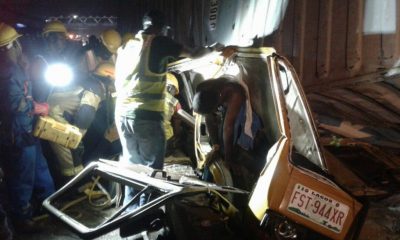 FRSC Corps Marshal, Mr. Boboye Oyeyemi, disclosed last month that over 1,000 people have so far lost their lives between December 2016 and January 2017 as a result of auto crashes caused by tanker and truck drivers.

In March, one person was confirmed dead after a trailer conveying a 40-foot container fell at Motorways bus stop, outward Lagos-Ibadan expressway. 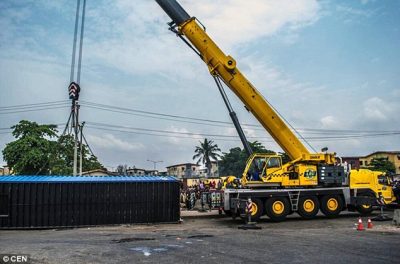 The trailer, with registration number LSD 379 XT, developed a mechanical fault and fell on the road leaving the driver and motor boy trapped, the trapped driver, Olatunji Akande, was rescued and taken to the trauma centre for treatment by passersby.

A woman, Monica Onokah, bled to death after rescuers hacked her legs off to free her when a container fell on to her in Lagos, last year. The rescuers were unable to move the truck’s heavy container and used a machete to carry out the amputation in a drastic attempt to save her life.  Unfortunately, it failed and Ms Onokah died of blood loss before medics could get her to a hospital.

About 308 auto crashes have been recorded between December 2016 and January 2017 due to recklessness of truck and tanker drivers. 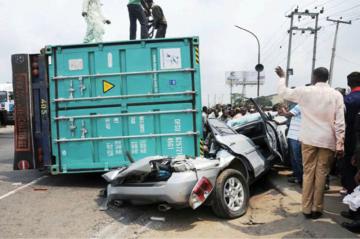 When will these avoidable accidents end? Why is it difficult to invoke on drivers and truck operators that contravene extant traffic laws? When will the government be alive to her responsibility of curbing needless carnage on the road?

“We cannot continue to lose lives because of the carelessness of some people, said a Lagos resident..

‘The recurring incident of containers derailing from moving trucks has got to a stage where all stakeholders should be involved in curbing the menace, he concluded.

AccidentContainerLagosNigeriaTruck
Share
Subscribe to our newsletter
Sign up here to get the latest news, updates and special offers delivered directly to your inbox.
You can unsubscribe at any time

Obasanjo Calls on Nigerians To Embrace Diversity And Grow Stronger