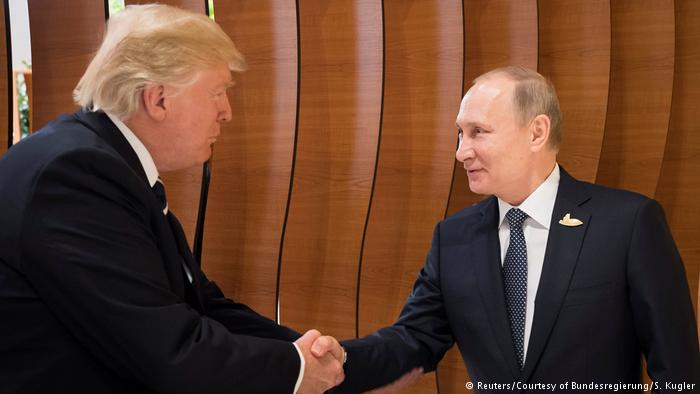 The G20 was formed in 1999 to give developing countries a more powerful voice in forming the global economy. The meetings started as an informal get-together of finance ministers and central bankers. Taken together, the nations of the G20 account for around 80 percent of global GDP, nearly 75 percent of all global trade, and about two-thirds of the world’s population.

In addition to South Africa, the G20’s only African member, the leaders of Guinea, Kenya and Senegal have been invited as guests for the 2017 summit in Germany, while Nigeria was left out.

Every year the heads of G20 members meet to discuss a wide range of issues, with a focus on economic and financial matters, and coordinate policy when possible. Lower-level meetings among finance ministers and other policymakers take place in the run-up to the leaders’ summit. The G20 is not a permanent institution with a headquarters, offices, or staff. Instead, its leadership rotates on an annual basis among its members, its decisions are made by consensus, and implementation of its agenda depends on the political will of the individual states.

The G20 summit comes amid tensions over trade, climate, and refugee policy and increased uncertainty over the U.S. commitment to multilateral institutions. The Trump administration has shown little interest in, knowledge of, or desire to partner with African countries.

Much of the uncertainty surrounding the 2017 summit stems from President Trump’s reorientation of U.S. foreign policy, which has placed the United States at odds with much of the rest of the G20, and especially with its host, Germany.

This year Germany has made Africa the focus of its G20 presidency, according to Elizabeth Sidiropoulos, Chief Executive, South African Institute of International Affairs. “German’s  anchor initiative is the Compact with Africa, which aims to bring together international financial institutions, bilateral partners, and African countries to create an enabling environment for private investment. ”

“If the G20’s political backing is able to leverage private investment in the countries that have decided to join, this will be an important step in the direction toward creating productive economies that are able to provide decent livelihoods for their citizens, Sidiropoulos said.

But G20 issues not specific to Africa are of equal import to the continent. An unequivocal commitment to open trade, although there has been backsliding on protectionist measures for some years, will be crucial for Africa, especially as it tries to build up its manufacturing capacity. Inclusive growth cannot be achieved with closed economies.

Germany has also focused on the need for a framework of norms and standards on the digital economy and e-commerce. However, this may have the unintended consequence of placing greater burdens on African states, making it even more difficult for them to bridge the digital divide. Often, the solutions more so reflect the conditions of the industrialized world and do not sufficiently consider unintended consequences in developing countries. This is the challenge for G20 developing countries as the dynamics among the G7 change. The G20 by its nature is not inclusive; it can, however, build legitimacy provided its leadership in setting agendas and norms reflects not only industrialized countries’ realities, but also those of emerging and developing economies.

If Africa is to gain the attention in Hamburg as the agenda promises, this will have to be without the support and cooperation of the US, at least while Trump is president. But can anything be achieved while this is the case?

If the G20 is to remain relevant in the quest for more inclusive and fair global governance, Africa offers a historic opportunity for collective action, despite US absence, according to TheWire.

AfricaG20NigeriaPutinTrump
Share
Subscribe to our newsletter
Sign up here to get the latest news, updates and special offers delivered directly to your inbox.
You can unsubscribe at any time

Protests Erupt Ahead of G-20 Summit in Hamburg, Germany