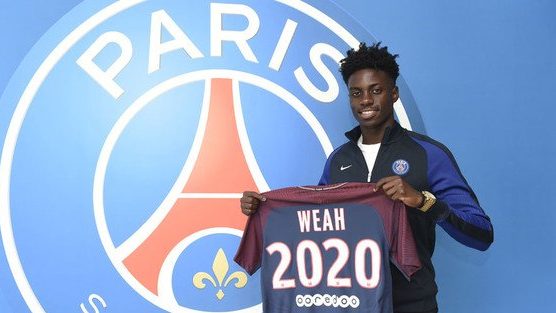 Timothy Weah, son of the legendary Liberian striker George, and a rising phenom himself, turned professional by signing his first official contract with Ligue 1 giants Paris Saint-Germain on Monday.

“I am very proud to continue my adventure with PSG by signing this professional contract,” Weah told the club’s website. “I am at a great club and I cannot wait to continue to progress towards my goal of one day playing for the senior side.”

Having been born in New York, the 17-year-old represented the United States at the U-17 CONCACAF Championship this year and has been a member of the PSG youth academy since moving to Paris in 2014. Weah earned rave reviews for his performances in a PSG shirt during last season’s UEFA Youth League.

His father George Opong Weah was a former PSG legend. 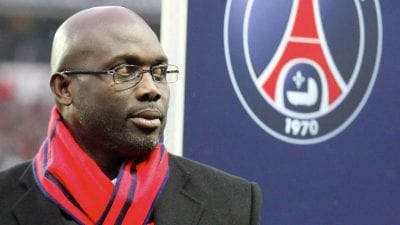 Named African Footballer of the Year three times and becoming the first African to be named FIFA World Player of the Year, his prominence in the 1990s led him to be nicknamed “King George”. Weah received further recognition in 2004 when he was named by Pelé in the FIFA 100 list of the world’s greatest living players. In 2013, Italy and Milan legend Franco Baresi named Weah in the greatest XI he has ever played with. As well as being regarded as one of the greatest African footballers of all time, during his career Weah also stood out off the pitch for his initiatives to fight racism in football.

FootballPSGWeah
Share
Subscribe to our newsletter
Sign up here to get the latest news, updates and special offers delivered directly to your inbox.
You can unsubscribe at any time

Sort Out Your Problem With Gulf Neighbors, UN Tells Qatar