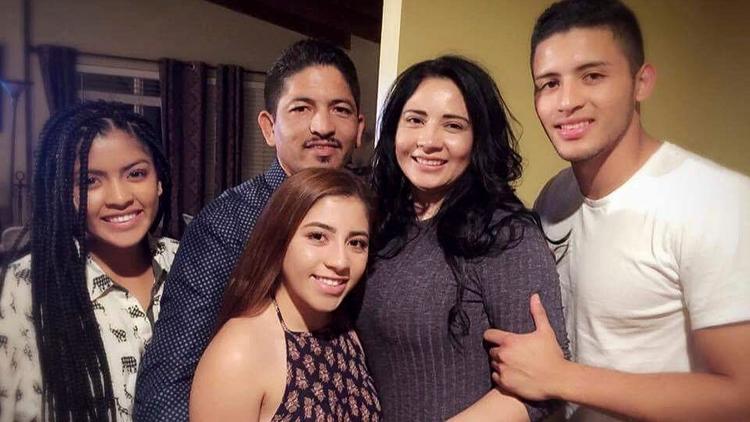 When Jorge Ramirez, an undocumented pastor in Oceanside, California, encouraged his daughter (who is a citizen) to vote for President Donald Trump, he didn’t expect that his favorite candidate’s policies would lead to his deportation.

Ramirez is awaiting deportation all the same. He’s been in a detention facility since May, when American Border Patrol agents in a raid arrested him at home and detained him.

Ramirez said he does not know why he was targeted for removal from the U.S. The Trump administration has said that it is focusing on immigrants with criminal records and those who previously have been ordered deported. Ramirez said he falls into neither category.

Ramirez came to the U.S. with his family when he was 11 and was raised in San Diego County. He attended secondary school in California.

When he worked as a satellite television technician, he frequently went to Camp Pendleton. He always tried to show the Marines he encountered how grateful he was for their service, he said.

“They sacrifice so much for freedom and for us,” he said.

The issue he has with the way immigration policy is being implemented, he said, is that he’s seen good people in detention.

“To think that undeserving people are coming here makes me sad,” Ramirez said.

Ramirez believes that going to immigration detention is part of God’s plan for him. He prayed for a way to sort out his immigration status not long before he was arrested by Border Patrol.

Inside the facility, he’s been counseling and supporting other detainees with a message of hope and love, he said. Ramirez has spent his life as part of the Apostolic Church, where he is a music minister.

Ramirez had hoped to get released on bond at an immigration court hearing Thursday. His three children, all U.S. citizens, came with Juan Hernandez, the pastor for their church, to watch. They prayed in the waiting room.

His attorney, Ruben Salazar, said he felt positive about Ramirez’s potential for bond and for getting relief from deportation when he presents his full case in immigration court.

“He’s the kind of immigrant America seeks to have,” Salazar said.

He said he supports the Republican agenda on both fiscal and social issues and that he still supports Trump.

DeportationImmigrationRamirezTrump
Share
Subscribe to our newsletter
Sign up here to get the latest news, updates and special offers delivered directly to your inbox.
You can unsubscribe at any time

Ex-VP Sambo Cries Out Over Alleged Plans to Incriminate Him