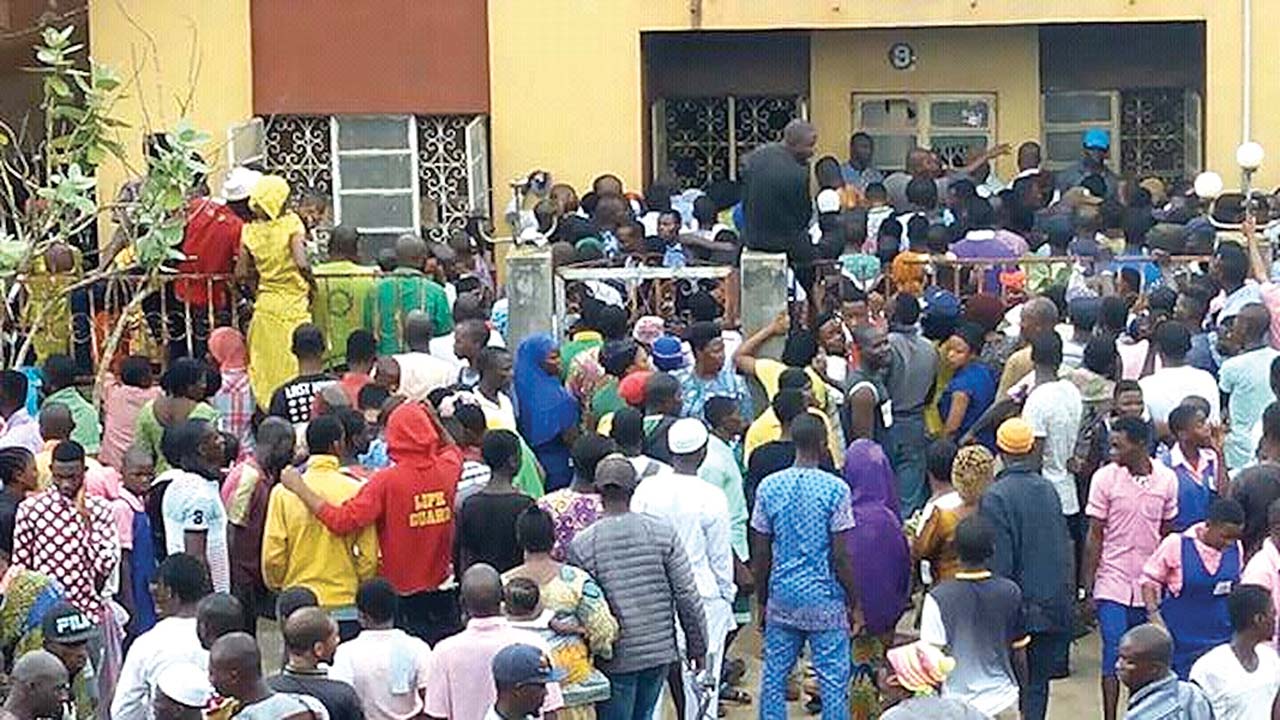 Per Second News—-Anger and grief overwhelmed residents of Ikorodu area of Lagos once again, following the killing of a couple and one of their children.

The dreaded ritual cult, Badoo, attacked the family of five at Olopomeji, Odogunyan, in Ikorodu area of Lagos.  Two children between ages 4 and 2 were in critical conditions at the Ikorodu General Hospital.

The incident happened around 1am on Wednesday.

Following the attack, many residents of the community thronged the palace of Ayangbure of Ikorodu Oba Adewale Shotobi to protest against the killings.

Early in June the group murdered a family of five including a pregnant woman at Itamaga behind radio in the Ikorodu area of Lagos state. 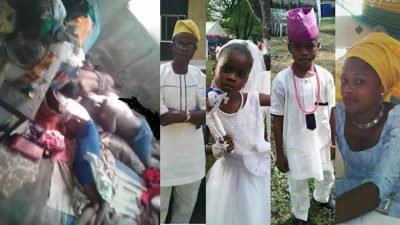 Last week the vicious gang group killed a couple on their matrimonial bed at the Idioro area of Ikorodu, leaving behind the Badoo grinding stone by their corpse.

Eye witness’ account claimed the couple known as “Baba and Mama Seun”, both residents of Ekundayo, ESCOBA, lived in an uncompleted building and were last seen on Tuesday night but when neighbours did not see them, it was assumed they have travelled out of town . However, their immediate neighbour who kept her cell phone with them the previous day, dialled their mobile numbers severally to request for the phone but their phones kept ringing without response.

This baffled the neighbor who continued to dial the numbers until Friday before she decided to draw the attention of other other landlords who banged the couple’s door to no avail. The neighbours later peeped through the window only to behold the gory sight of the couple on their matrimonial bed tucked in a mosquito net but stinking.

The alarm was immediately raised and Policemen from Ogijo Division were intimated about the development. The door was then forced open with the arrival of the Policemen and a grinding stone was found on the bodies which suggested to the sympathizers that the attack was carried out by the dreaded cultists in Ikorodu known as ‘Badoo’ though nobody could give details of the operation. Eye witnesses’ account said the bodies were moved to Sagamu while the grinding stone was taken to Ogijo Division for further investigations.

Baba Seun’s children were spared of the attack for the fact that his first wife was said to have divorced him about 11 years ago and she went away with all the children. However, the man remarried about a year ago and the marriage was yet to be blessed with children

BadooGangIkoroduLagosNigeria
Share
Subscribe to our newsletter
Sign up here to get the latest news, updates and special offers delivered directly to your inbox.
You can unsubscribe at any time