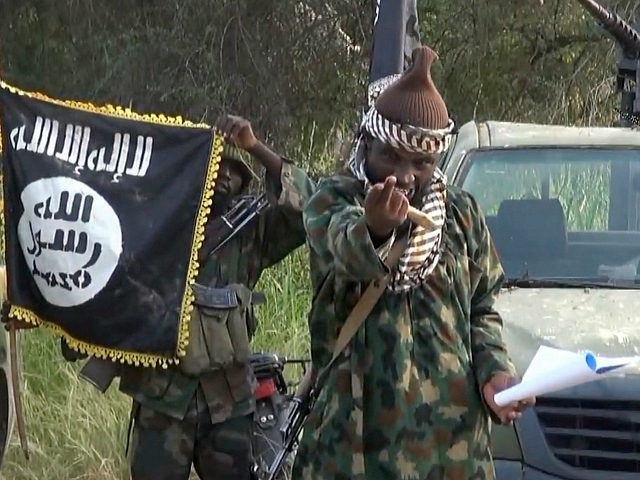 In an online video monitored by Per Second News, Boko Haram leader Abubakar Shekau, said the security agents were kidnapped last week in the northeastern state of Borno.

“The job that our men carried out along Damboa road was a victory from God. We are the ones that did it,” said Shekau  said in the video.

“So, this is to tell you that we did the Damboa road ambush; and the operation had put a lie to all claims of Nigeria soldiers, the police and other top government officials that they have finished Boko Haram. But the Damboa road ambush has made it clear, that they have been telling lies to the world. A liar can never be victorious here and in hereafter. “We have confiscated several cars, and we have also taken women, among them were top policewomen. God had given the senior policewomen to us as slaves and has put them in our custody, we that are known as the Jamaatu Ahlil Sunna li Dawati wal Jihad, which they call with the derogatory name as Boko Haram.

“In a nutshell, we did the Damboa road operation and we are the ones that abducted the policewomen; But this is nothing compared to what the government and soldiers of Nigeria had done to our own women and wives, and even our children. Our friends have been in detention for years, many were killed. So, if we abduct few women, who are not more than ten or thereabout, it’s not a big deal.

“The people of Nigeria and the so-called Islamic clerics are betrayers, we are calling on you all to repent and return to God. Your leaders are feeding you with lies on what they have not done; but we are well and in good shape. If you could come and have a look at the life we are living here, most of you would rather wish to be with us to enjoy what we are enjoying. We are living fine because it is God we are working for.