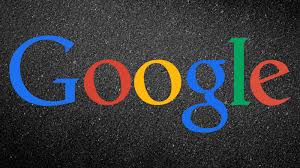 The announcement marks the latest clash between European regulators and large U.S. technology companies like Google, Apple and Amazon that have been ensnared in lengthy antitrust, tax and privacy-related investigations by European officials.

Regulators said Google “abused its market dominance as a search engine by giving an illegal advantage to another Google product, its comparison shopping service.”

The Commission, which oversees EU competition rules, gave the Mountain View, Calif., company 90 days to stop or face fines of up to 5% of the average daily worldwide turnover of parent company Alphabet.

Last year, Alphabet had a turnover of just over $90 billion, meaning the additional daily fine would amount to about $12.3 million per day.

Google has repeatedly denied any wrongdoing. Kent Walker, a senior vice president for the firm, said it would review the Commission’s findings, and may appeal.

“When you shop online, you want to find the products you’re looking for quickly and easily. And advertisers want to promote those same products. That’s why Google shows shopping ads, connecting our users with thousands of advertisers, large and small, in ways that are useful for both,” he said.