...blackmailing Buhari will not save Tinubu from defeat 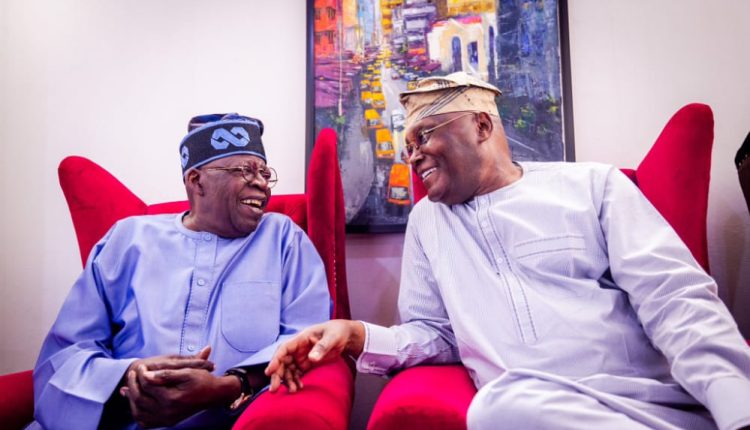 The Atiku/Okowa Presidential Campaign Organization has berated the Presidential Candidate of the All Progressives Congress (APC), Asiwaju Bola Tinubu, for blackmailing President Muhammadu Buhari and the APC-led Federal Government over his looming devastating rejection by Nigerians.

Reacting to the attacks launched by Tinubu against Buhari’s government on Wednesday at the Abeokuta presidential rally, the PDP said indicting the government for petrol scarcity and naira design speaks volumes of Asiwaju Tinubu’s character as he is reportedly or allegedly to be hugely involved in the corruption in the petroleum sector.

A statement said:”It indeed speaks volumes of Asiwaju Tinubu’s character, that while he is reported to be hugely involved in the corruption in the petroleum sector, which had led to the fuel crisis, he is pretending to care for the pains Nigerians are passing through just because it was beginning to affect his political life ambition.

“Our campaign finds it pathetic that Asiwaju Tinubu is seeking a face-saving measure ahead of his shattering electoral defeat by shedding crocodile tears and claiming that the redesigning of the naira notes and the fuel crisis under the APC administration, which he has reportedly been corruptly benefitting, were plots to scuttle the 2023 general elections

“It is unfortunate that Asiwaju Tinubu is trying to hoodwink Nigerians by seeking to exonerate himself and blame others in the Buhari led-APC administration from the biting fuel scarcity in the country, when in reality he (Asiwaju Tinubu) is known to be behind the insensitive and anti-people policies that have brought so much calamity to our country including the current persistent fuel scarcity.”

The statement obtained by Persecondnews was signed by Kola Ologbondiyan, spokesperson for Atiku/Okowa Campaign Organization.

It added: “Furthermore, it is clear that Asiwaju Tinubu is lamenting over the redesigning of the naira just because the policy has frustrated his boastful plots to use slush fund, which he reportedly stashed away in secret vaults, for vote buying and manipulative schemes including alleged funding of thugs to compromise the integrity of the 2023 Presidential election through the setting up of the Jagaban Army

“Of course, only politicians who have always won elections by relying on bullion vans have become troubled over the Central Bank of Nigeria (CBN) monetary policy to redesign the naira.

“More reprehensible is the fact that few months to the end of the Buhari government, Asiwaju Tinubu is now struggling to distance himself from an administration which he told the world that he brought into office just because he wants to beguile Nigerians and take their votes.

“How can Asiwaju Tinubu accuse an administration he had been a part of since 2015 of trying to sabotage the 2023 elections except he is making revelations to Nigerians about their plans?

“It is imperative to state that Nigerians, who are prepared to trek distances to cast their votes are the patriots who have been at the butt of pains which the government Asiwaju Tinubu installed has foisted on them.

“Asiwaju Tinubu ought to know that Nigerians can see through his antics and beguilements and that his diversionary theatrics on fuel and new naira notes cannot sway Nigerians at this moment.

“In any case, from the songs of lamentation of Asiwaju Tinubu, it is clear that his Presidential life ambition has collapsed.”

The PDP, therefore, advised Tinubu to withdraw from the race before the “waterloo of his loud defeat by Atiku Abubakar, the Presidential candidate of the Peoples Democratic Party (PDP).”

APCAsiwaju Bola TinubuAtiku AbubakarBuhari AdministrationPDP
Share
Subscribe to our newsletter
Sign up here to get the latest news, updates and special offers delivered directly to your inbox.
You can unsubscribe at any time