I lost my Rolex watch, $10,000, other valuables while on vacation with Skiibii, claims actress Dorcas Fapson

...you lied, we will seek redress -- Skiibii's management

Actress Dorcas Fapson and ex-girlfriend of Nigerian singer, Skiibii has disclosed how she lost her Rolex watch, $10, 000, among other valuables when she went on vacation with the singer before they finally broke up last year.

Fapson claimed that she had always wanted to visit Tanzania, so when the opportunity to take some days off and rest came, she reached out to Skiibii but the singer said he was not financially buoyant to foot the bill.

Fapson stated further that she paid for Skiibii’s flight ticket and booked Zanibar for them in Tanzania without collecting a dime from the singer.

She alleged that while she slept off in the room with Skiibii shortly after they arrived in Zanibar, Tanzania, she woke up and discovered that her valuables were gone, including her laptop while her box of clothes was also tampered with.

Skiibii’s watch and his gold chain were stolen but she was shocked that same watch Skiibii claimed had been stolen was seen on him the following day, it was alleged. 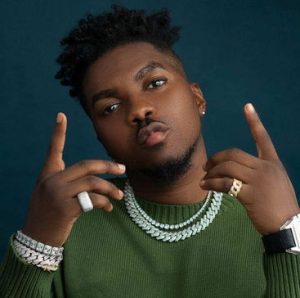 In what looked like a renewed onslaught on Skiibii, Fapson alleged that when she got back to Nigeria, she wanted to tell her dad about what happened to her during her vacation, but Skiibii told him not to say a word to her dad.

In his reaction, Skiibii in a statement by his management on Sunday evening and given to Persecondnews, dismissed Fapson’s claim, saying the trip to Zanibar was a birthday trip which Fapson sponsored to celebrate him.

“My valuables and that of my ex-girlfriend were stolen when we were asleep. The matter was reported to Tanzanian police and statements of all the victims were taken including Skiibii and estranged lover.

“Skiibii and estranged lover no longer felt safe in the villa where they were robbed. Skiibii booked and paid for a new villa in Zanibar where they both stayed for the rest of the vacation.

“Upon their return to Lagos, Skiibii bought a new iPhone to replace her estranged lover’s stolen phone. Prior to the trip, Skiibii had bought a new macbook pro laptop for Fapson which she didn’t travel with.

“It was her old laptop that was stolen in Tanzania. There was no need for Skiibii to replace the stolen laptop,” the statement said.

The singer’s management, however, promised to seek a redress in the court of law about the defamatory statement made by his estranged lover.

Dorcas FapsonNigerian MusicNollywoodSkibii
Share
Subscribe to our newsletter
Sign up here to get the latest news, updates and special offers delivered directly to your inbox.
You can unsubscribe at any time