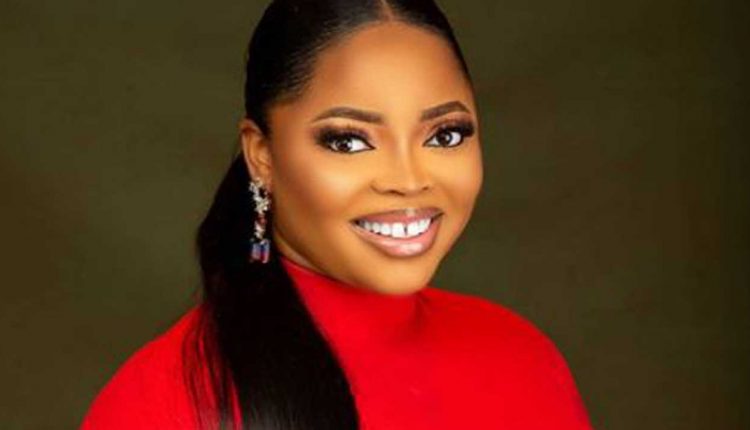 Actress, Olayode Juliana, popularly known as Toyo Baby, has opened up about how her body keeps demanding for sex, saying she might get married to satisfy her urge.

The actress in a video shared on her Instagram stated that while her body craves after sexual intercourse, she has to keep abstaining from sex until she finally gets married.

Olayode, who lamented how her body seems to have become her adversary, said her mind has been craving sex for sometime and it is pushing her to think marriage might be the next thing on her agenda.

Toyo Baby as she was fondly called on the Jennifer’s Diary series while she was still part of it, maintained that she had to open up about her struggles with sexual desires to encourage others who are in the same state with her.

“Your dearest sister has been going through a lot. My body has been fighting against me like I don’t know it again. It’s getting more difficult to abstain from sex. Everything in my head is screaming sex,” the actress said.

“You don’t know that, the same pressure you go through, I go through even worse. The way it’s going, I’m thinking of getting married for sex.”

Juliana Olayode, while arguing for premarital abstinence from sex, urged fans to find resilience in their faith.

“I have never struggled sexually like I have these past few months. The temptations were huge. I was almost thinking I was bewitched,” she wrote in the caption of the footage.

“Again I was reminded that, on this journey, your strength will fail you and that it takes God to please God. We can not walk this path relying on our own strength, or else we will fall.

“I decided to share my struggles, just to encourage at least one person. Some of y’all who think I have superpowers would know that I have flesh and blood just like y’all.

“Abstaining from sex or staying sexually pure is a decision I have to constantly make every day.

“This is also to encourage somebody who is almost giving up on this journey to hang in there. Remember why you started and draw strength from God and his word,” she said.

Funke AkindeleOlayode Juliana
Share
Subscribe to our newsletter
Sign up here to get the latest news, updates and special offers delivered directly to your inbox.
You can unsubscribe at any time