There should be an end to the act of body-shaming mothers with stretch marks especially by their spouses! 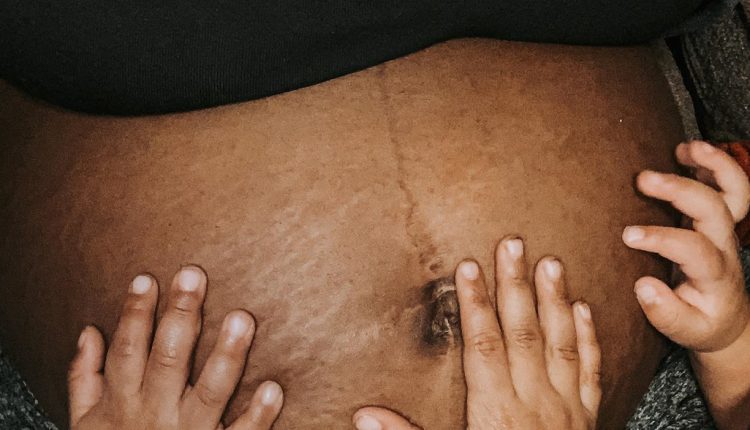 The truth has been established  that a woman carries pregnancy to term for 40 weeks.

We now know the popular opinion of 9 months is a mirage as a full gestational period of any normal human  pregnancy is actually 40 weeks and not 36 weeks.

Á typical pregnant woman does not sleep well at night. Some do not eat for the first 4 or 5 months due to the fact that they get irritated easily and everything taken in comes out again.

To perceive perfumes or any smell becomes a problem for many other women.

Pregnancy is actually a survival of the fittest.

Then the blessed day!

Most women turn to another being entirely in the day of delivery due to the excruciating pains they go through. The pains can not be explained in clear terms.

There are times the Surgeon ‘s knife might be needed in case the mother needs assistance to bring the child over. That alone leaves an indelible scar.

At the end of it all, it is a joy to come back home with the bundle of joy. Sometimes two sometimes three, and atimes more.

Some women go through this journey like 2 ,3 or 4 times.

Some women lay down their lives while trying to bring a soul here.

Seeing the children gives so much joy that most women remember the day with so much relish. The grace of being able to see the outcome of the pains and discomforts make many women to forget all they went through.

All said and done, with all these experiences, it is normal for the body to go through some changes.

Stretch marks being one of them.

This is caused by the elasticity of the stomach and the growth of the foetus as it grew in the stomach.

Many women have been pushed to depression just for having stretch marks resulting to quite a number of women trying to look for solutions to erase it via surgeries and certain Creams.

Many do not mind the aftermath of such steps but are only concerned about the supposed results.

The question now is to what end?

There are consequences from many of those Creams been sold which would not be made known by suppliers to consumers.

Every woman whose body has passed through the stress of pregnancy knows that it is not an easy feat!

It’s like passing through fire and coming out unscathed.

No one should deride a woman’s body for having pregnancy-induced stretch marks.

They should instead be seen as trophies for a battle won.

There should be an end to the act of body-shaming mothers with stretch marks especially by their spouses!

Many women have gone into depression and some have become suicidal especially when it is coming from supposed loved ones.

Nobody should be made to feel they are less human just because of ordinary bchangesange.

It is very inhumane!

Women should learn to carry their ‘trophy’ with pride.

They should wear the marks with relish.

Those aren’t easy to get.

They are to be seen as testimonies of won battles.

BabiesPregnancystrechmarks
Share
Subscribe to our newsletter
Sign up here to get the latest news, updates and special offers delivered directly to your inbox.
You can unsubscribe at any time