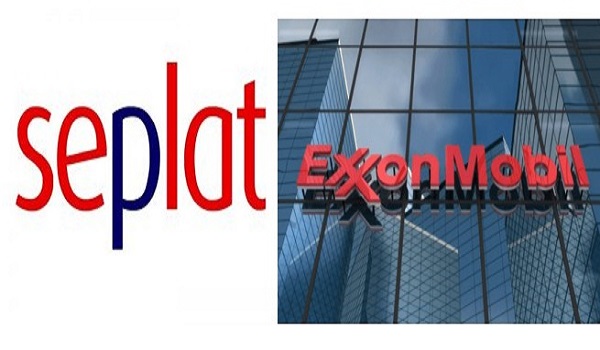 A $100 million bribe shared among top officials to secure the Federal Government’s botched approval in the share acquisition deal between Seplat Energy Plc and Mobil Producing Nigeria Unlimited (MPNU) has been uncovered, Persecondnews can authoritatively report.

The $100 million, it was gathered, was allegedly given to bribe some top government officials with a view to compromising the process leading to the point where the purported approval was announced on Monday by President Muhammadu Buhari.

Apparently embarrassed by the bribery scandal rocking the government, Persecondnews learnt that Buhari might have directed the Department of State Service (DSS) to investigate the matter.

According to the deal, ExxonMobil Nigeria’s shallow water business is an established, high-quality operation with a highly skilled local operating team and a track record of safe operations.

A pre-emptive right over the assets had been secured by the Nigerian National Petroleum Company Ltd while it has also in July won a court decision temporarily blocking Exxon Mobil Corporation from selling assets in Nigeria to Seplat Energy Plc.

Persecondnews also recalls that a federal high court judge in Abuja had granted NNPC an “order of interim injunction” on July 6, 2022, barring Exxon Mobil “from completing any divestment” in a unit that ultimately operates four licenses in Nigeria.

Despite the court’s verdict, a report had emerged on Monday that President Buhari had approved that the deal should be consummated by Mobil and Seplat.

The Presidency’s announcement of the approval of the deal came as shock to many industry players because the transaction had initially been declined on July 5 this year by the President who doubles as the Minister of Petroleum Resources and assisted by Chief Timpre Sylva as Minister of State.

Industry sources alleged that there had been underground moves by sponsors of the share purchase transaction to get approval for the deal, after it was declined by the government.

The sources also insisted that the approval by the Presidency was not in conformity with the provisions of the Petroleum Industry Act 2022 which gives the sole authority to the Nigeria Upstream Petroleum Regulatory Commission (NUPRC).

“The President has no power to unilaterally approve the transaction except on the recommendation of the Commission. So, under what recommendation is the approval based on?

“What the President approved is more or less a request probably from Seplat and not a recommendation from the Commission.

“The President’s attention had been intimated that the NNPC had already gone to court and get a temporary stay of execution. So, he now waived the approval which more or less affirmed the first decline that was given last month which invalidated this approval that Seplat claimed they have.

“We are aware that the promoters of this Seplat deal have been going around moving funds to whoever is willing to work for them to secure approval.

“In fact, I am aware that $100m has been sunk into this process of securing approval and we believe what happened yesterday may be a fallout of that. It is wrong for the State House to have issued that because they should be conversant of the PIA,’’ the sources were quoted as saying.

Section 95, sub-section 10 of the PIA Act states: “Where the application for an assignment or a transfer of a petroleum prospecting license of petroleum mining lease is refused, the commission shall inform the applicant of the reasons for the refusal and may give reasonable time within which further representations may be made by the applicant or by third parties in respect of the application.”

Sub-section 14 of Section 95 also states: “For the purpose of this section, change of control means any person or persons acting jointly or in concert, to acquire direct or indirect beneficial ownership of a percentage of the voting power of the outstanding voting securities of the holder, by contract or otherwise, that exceeds 50 per cent at any time.”

Similarly, sub-section 15 states: “A holder of a petroleum exploration license shall not assign, novate or transfer his license or any right, power or interest without prior written consent of the Commission.”

Also, Section 95, sub-section 8 states: “Where the consent of the minister is granted in respect of the application for a transfer, the Commission shall promptly record the transfer in the appropriate register.”

Sub-section 9 adds: “The Commission shall communicate the refusal or approval of an application for an assignment, novation or transfer of a license or lease in writing to the applicant.”

NUPRC had in a statement on August 8, 22 reaffirmed that its decline to the acquisition deal between Seplat Energy Plc. and Exxon Mobil Corporation has not been reversed.

It stated that the issue at stake is purely a regulatory matter, adding that the Commission had earlier communicated the decline of Ministerial assent to ExxonMobil in this regard.

The statement said following the decline of ministerial approval, the status quo must remain.

“The Chief Executive of the NUPRC Engr. Gbenga Komolafe clarified that the Commission in line with the provisions of the Petroleum Industry Act 2021 is the sole regulator in dealing with such matters in the Nigerian upstream sector.

“As it were, the issue at stake is purely a regulatory matter and the Commission had earlier communicated the decline of Ministerial assent to ExxonMobil in this regard. As such the Commission further affirms that the status quo remains.

“The Commission is committed to ensuring predictable and conducive regulatory environment at all times in the Nigerian upstream sector,’’ said the statement.

Industry watchers and experts have hailed the decision of NUPRC to stand up to its regulatory function as contained in the PIA.

They lauded NUPRC’s standoff and resistance to political pressure to endorse illegality, pointing out with the defense of its constitutional mandate, Nigeria is now ready to conduct businesses in the oil and gas sector in a transparent manner and in line with international best practices as stipulated in the PIA.

Exxon Mobil CorporationMobil Producing Nigeria Unlimited (MPNU)Nigerian National Petroleum Company LtdPresident Muhammadu BuhariSeplat Energy Plc
Share
Subscribe to our newsletter
Sign up here to get the latest news, updates and special offers delivered directly to your inbox.
You can unsubscribe at any time