According to the family members, it would be insensitive for NRC to resume operations on the route with the fate of scores of passengers kidnapped still unknown. 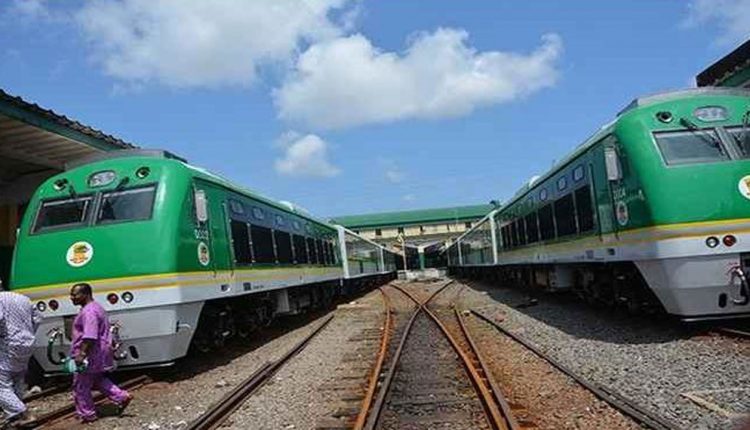 The families of the over 100 passengers kidnapped by terrorists who attacked the AK-9 train along the Abuja-Kaduna route, have urged the Nigerian Railway Corporation (NRC) not to resume services until all those held captive are safely rescued.

According to the family members, it would be insensitive for NRC to resume operations on the route with the fate of scores of passengers kidnapped still unknown.

Persecondnews recalls that NRC on Thursday said it had completed work on the damaged portion of the Abuja-Kaduna rail tracks following the terrorists’ attack on an Abuja-Kaduna train on March 28.

On March 28, armed terrorists had bombed the tracks and shot at the train with about 970 passengers onboard.

The attack which occurred a few kilometres to Kaduna metropolis had left about eight people dead, dozens injured and about 168 kidnapped by the terrorists.

The terrorists were reported to have detonated bombs on the track and immobilized the train between Katari and Rijana en route to Kaduna.

Addressing a news conference on Monday in Abuja, the families lamented the horrible conditions the abducted passengers, who have spent 42 days in captivity have been forced to live in.

Representatives of the families, Abfulfatai Jimoh and Ba’abba Muhammad said: “Abuja-Kaduna train service should not resume until the quick and safe rescue of our family members held hostage and adequate security measures are put in place to guarantee the safety of prospective passengers.

“This position aligns with the prayers of the majority of Nigerians.

“it has been 42 long days of living in fear, virtually no sleep, no bath, wearing the same clothes, under the scorching sun and rain, and exposed to extreme environmental hazards.

“The emotional, psychological, mental, and physical torture arising from these conditions are only imaginable.

“Among the abducted passengers are children- some as young as three years old, pregnant women, women including an 85-year-old great grandmother, and others.

“Some of these victims have health challenges requiring daily medications, which they have had no access to in the last 42 harrowing days.

“While some families have their breadwinners in captivity, others have their wives, mothers, sisters, brothers, uncles, and aunts held down in the bush.

“This hostage-taking has drastically disrupted the living conditions of affected families. Children are crying everyday, with the only question in their mouths being: When are my Mummy and Daddy coming home? What a miserable state!”

Expressing hope of releasing them soon, the families of the victims also said:

“Since this unfortunate attack on the Abuja-Kaduna bound train, we believe the President and Commander in Chief of the Armed Forces of the Federal Republic of Nigeria, alongside his security and intelligence chiefs, have been working to rescue our loved ones.

“We have been given assurances that a positive outcome of these efforts would be apparent soon.”

They further expressed disappointment with the manner the Minister of Transportation, Mr. Rotimi Chibuike Amaechi, has been handling the tragic event.

“We must, however, register our displeasure with the way and manner the Minister of Transportation, Mr. Rotimi Chibuike Amaechi has been handling this tragic event since it occurred.

“Just a few days after 28th March, Mr. Amaechi was seen running around the Stadium in Port Harcourt where he declared his intention to become the next President of Nigeria.

“We had expected Mr. Amaechi to be running around as to how to get his abducted passengers rescued, and this is highly disappointing.

“Mr. President also directed the Management of NRC to establish a Situation Room to give a minute-by-minute account of rescue efforts to relatives of kidnapped passengers.

“Still, one week after this Presidential directive was issued, NRC has neither contacted the relatives of kidnapped victims nor established any Situation Room as directed by the President.

“This display of gross incompetence and insensitivity should lead to the appropriate punishment.

“Furthermore, we sought the intervention of the leadership of the National Assembly, which is the people’s court, but nothing has been forthcoming from them.

“We want to extend our profound gratitude to Nigerians, elder statesmen, traditional, religious, and community leaders, and the Nigerian media who have lent their strong voices to this struggle both in the open and behind the scene and their prayers for divine intervention.

“We still need this vital support until success is achieved,” they stressed.

Also speaking with newsmen, spokesperson for the families, Hidayiat Yusuf, disclosed that they are “ready to negotiate with the terrorists if they are willing.”

“If it is money they want, they should come forward and say so.”

Persecondnews recalls that the National Assembly had last week passed a bill criminalizing ransom payment in the country but has yet to be assented to President Muhammadu Buhari.

Abuja-Kaduna Train AttackMr Rotimi AmaechiNRCTerrorist Attack
Share
Subscribe to our newsletter
Sign up here to get the latest news, updates and special offers delivered directly to your inbox.
You can unsubscribe at any time

Show cause why Emefiele should not contest election, judge tells INEC, Justice Minister