According to the Niger President, countries within the Sahel region would be delighted if Nigeria could support a replication of the outfit against bandits in the Northwest. 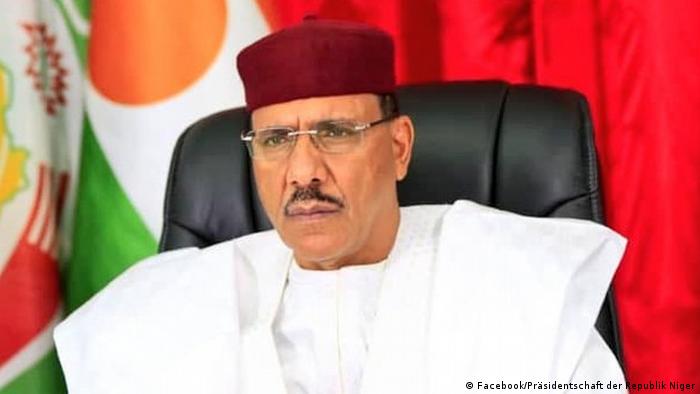 To combat the menace of terrorism in Nigeria’s Northwest, Niger Republic is seeking Nigeria’s financial support towards the establishment of another outfit similar to the Multinational Joint Task Force (MNJTF).

Niger President Mohammed Bazoum made the request on Thursday during his meeting with President Muhammadu Buhari at the Presidential Villa, Abuja.

According to Bazoum, Nigeria is critical to the establishment of a Northwest security outfit, especially as it currently bears larger responsibility for the operations and funding support for the MNJTF operating from the Lake Chad Basin.

He noted that the MNJTF created for the Northeast had brought relief within the region, saying banditry had become a common problem for the people within the Sahel region.

According to the Niger President, countries within the Sahel region would be delighted if Nigeria could support a replication of the outfit against bandits in the Northwest.

He said: “Nigeria agreeing to the establishment of a multinational security outfit in the Northwest would reduce the economic and financial burden of supporting such task on other  Sahel countries.

“Multinational Joint Task Force (MNJTF) is a model initiated by countries that are facing the same kind of security challenges and we want to replicate this kind of model in countries of Sahel; Niger, Mali, Burkina Faso and so on.

“Why? Because this model has allowed us in the Lake Chad Basin to address a common threat. We are very much satisfied with the situation because it has allowed us to contain and we want to replicate same in other places.

“That means it will reduce the economic and financial burden of the fight against these insurgents.”

Meanwhile, Governor of Zamfara State, Bello Matawalle, has backed the call by President of Niger Republic, Mohammed Bazoum, to change the strategy in the fight against insurgency.

He said: “We have to change strategy because like those of us that share border with Niger Republic, we have a joint task force between the Nigerian security and Nigerien security….we have provided some logistics and cash for them in order to ease their operation.

“What we are doing is that if we have any information about bandits that are coming from either Nigeria, then we will alert the Nigerien security to monitor and push them so that we can collectively fight these criminals.

“This is what we are doing day and night in Zamfara and Niger Republic.”

MilitaryMNJTFNiger President Mohammed BazoumNiger RepublicPres. Buhari
Share
Subscribe to our newsletter
Sign up here to get the latest news, updates and special offers delivered directly to your inbox.
You can unsubscribe at any time

An invitation from NNPC