…loans processed without the knowledge of farm staff, disbursed to MD’s account, who is now on the run 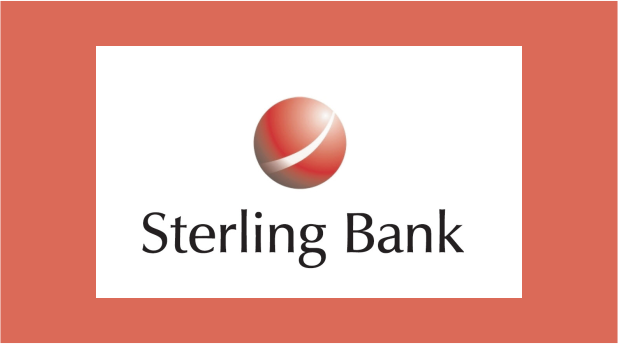 A smudge of fraud has hit Sterling Bank as the founder of Eatrich Farms, Lagos, Sam Afolabi, in connivance with some bank officials, has defrauded staff of the farm and the bank to the tune of N88 million.

Afolabi conspired with some bank staff to jointly steal the money by getting the bank to process a loan of about N2.2 million for each of the  40 staff amounting to N88 million using the employees accounts without their knowledge.

The spurious “loan’’ of N88 million was disbursed to the account of the Managing Director/founder of the farm which has now collapsed, also without the consent of the employees.

The Foundation of Investigative Journalists (FIJ) investigations revealed that Afolabi, who is now on the run, had directed all the employees to open Sterling Bank accounts in March 2021 and thereafter asked the unsuspecting staff to apply for a “Sterling Bank Sway Loan’’, a type of agricultural loan to help fund one of his projects.

The staff members, however, did not smell a rat that Afolabi and the bank staff were out to defraud them.

“The farm staff thought the MD wanted to pay them via the new accounts, but only for them to discover that he wanted them to apply for loans.

“The company announced that it wanted to set up a fish farm in Odogbolu, Ogun State. The agreement was that the company would set up a farm for us using the loan.

“And that when the fish ponds are ready for harvesting and booming, they would sell them and return the capital (loan) to Sterling Bank with interest. They were also promised payment of the share of the profit,” a staff narrated the story.

According to him, shortly after they agreed to fill out the forms for the loans, Eatrich Farms crashed.

It was also gathered that in October 2021, more than 250 investors lost their savings to Sam Afolabi’s Eatrich Farms and Food Ltd.

Following the crash of his company, Afolabi has since bolted with the investors’ money.

On realizing that Afolabi was swindling them through a Ponzi scheme and after the company had collapsed, the staff members created a WhatsApp group, added the Sterling Bank staff, and told them we were no longer interested in getting loans from them.

“At that time, the bank had not disbursed the loans and the staff sent links to many media houses about Afolabi’s fraudulent acts,’’ the source also said.

In December 2021, the staff said he woke up to the rudest shock of his life when Sterling Bank sent out a reminder (messages) that he had not made a repayment out of his N2.2 million loan.

He said he was surprised because he had not applied for any loan but the fraudulent bank staff had conspired with Afolabi to go ahead to process the loan.

“The bank processed the loans without informing the owners of the accounts, and when the loans were disbursed, Sterling Bank did not alert them, either by email or via SMS.

“It was when they had moved the money out of our accounts that we saw the alerts. Some didn’t even get the alerts until the banks started notifying them that they should pay what they owed. This was when the loan date was almost due,” the source recounted.

Another source said: “In the WhatsApp group of ex-staff I belong to, over 40 people are there. As of now, others are not aware that such has happened. And right now, those Sterling officials have left the group.”

Contacted for comment, the spokesperson of the bank refused to pick calls put across by our reporter or respond to e-mail sent to the organization on the fraud.

Also, Sam Afolabi, the MD/founder, has refused to respond to text messages sent to his phone or even pick calls.

It will be recalled that in September 2021, Afolabi had ordered the arrest of his now ex-staff members for daring to protest non-payment of their outstanding salaries.

EatrichOgunSterling Bank Nigeria
Share
Subscribe to our newsletter
Sign up here to get the latest news, updates and special offers delivered directly to your inbox.
You can unsubscribe at any time

The Day in Pictures: VP Osinbajo speaks in Abeokuta at high level event on democracy in West Africa.