It will be recalled that Emefiele, an economist, has been serving as the Governor of the Central Bank of Nigeria since June 4, 2014. 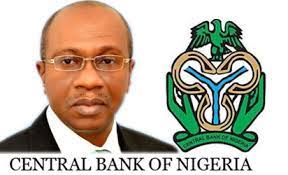 The Governor of Central Bank of Nigeria (CBN), Mr Godwin Emefiele, has been given 14 days to resign if he was interested in the 2023 presidential race. In the alternative, he should publicly dissociate himself from the speculations.

The Human & Environmental Development Agenda (HEDA) Resource Centre said in a statement on Sunday in Lagos:

“The Human & Environmental Development Agenda (HEDA) Resource Centre has given the CBN governor a 14-day ultimatum to resign from his position and pursue his political ambition if he is interested or disassociate himself publicly from such speculations and stick to his job.

“It has been widely published in the media that the Central Bank of Nigeria Govethernor, Mr Godwin Emefiele is planning to contest in the 2023 general election to be President of the Federal Republic of Nigeria, and a group by the name: The Green Alliance, recently addressed the press on the subject matter of Emefiele for President.

“By virtue of being the Governor of the apex bank in Nigeria, Mr Godwin Emefiele is not eligible to contest for any election in Nigeria or participate in politics.

“By the provisions of the Central Bank of Nigeria Act, he is statutorily barred from participating in politics or engaging in any other business for that matter.

“Section 9 of the Central Bank of Nigeria Act provide thus: The Governor and the Deputy Governors shall devote the whole of their time to the service of the Bank and while holding office shall not engage in any full or part time employment or vocation whether remunerated or not except such personal or charitable causes as may be determined by the Board and which do not conflict with or detract from their full time duties, the statement by HEDA’s Chairman, Olanrewaju Suraju, said.

It will be recalled that Emefiele, an economist, has been serving as the Governor of the Central Bank of Nigeria since June 4, 2014.

Suraju maintained that HEDA being the leading Anti-Corruption Civil Society Organisation in Nigeria and non-partisan Human Rights and Development league with the mandate to protect and promote universally recognised human rights, public accountability, transparency and environmental justice in Nigeria and Africa, in accordance with international best standards, would continue to work assiduously to keep to its mandate.

He advised the CBN governor to either come out publicly and dissociate himself from the campaign or pursue his ambition of contesting for any election while in office and if he insist on contesting, he should adhere to the CBN Act and resign honourably within the next 14 days from the date of receipt of the letter.

“We trust that you shall fully comply with the law and do what is best for the Federal Republic of Nigeria,’’ he said.

CBNGodwin EmefieleHEDA
Share
Subscribe to our newsletter
Sign up here to get the latest news, updates and special offers delivered directly to your inbox.
You can unsubscribe at any time