The House's decision is sequel to objection from members from APC Gombe Southern part of the state, who insisted that the House can not consider the Senate's request for concurrence on a duplicate bill while the version passed by the House has been left unattended since September 2021 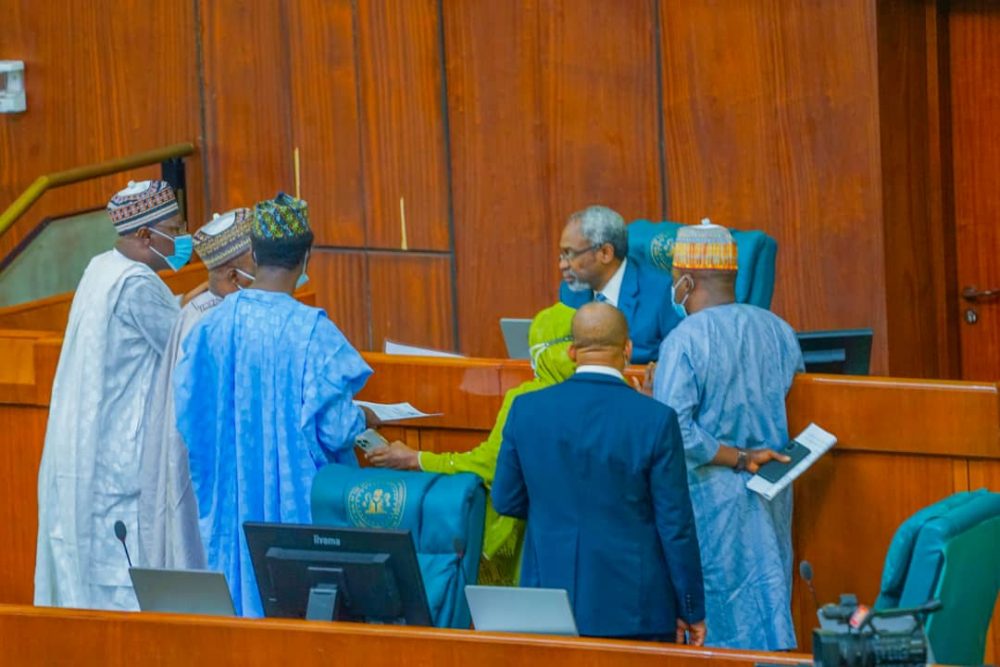 The House of Representatives says it has suspended action on a bill seeking to establish a Federal Medical Centre in Deba instead of Billiri in Gombe State.

Persecondnews recalls that a duplicate bill sponsored by Gombe Central Senator, ex-Governor Danjuma Goje for the establishment of the health centre at Deba had drew flak from some APC members in the state.

The Speaker of the House, Mr Femi Gbajabiamila, said the bill already sent by the Senate should put in abeyance until the Senate concur on a Bill for an Act to establish of the Centre in Billiri sent to it six months ago.

The House’s decision is sequel to objection from members from APC Gombe Southern part of the state, who insisted that the House can not consider the Senate’s request for concurrence on a duplicate bill while the version passed by the House has been left unattended since September 2021.

In October 2021, the lawmakers had raised an objection to a duplicate bill sponsored by Goje whereas a similar bill sponsored by Danzaria was passed by the House locating the Centre in Billiri for the benefit of the people of Balanga, Kaltungo, Shongom, Billiri and Akko which also include the Christian minority.

They expressed disappointment with Goje, wondering why a former governor, former minister and a four-term senator who ought to be promoting justice, equity and fairness for all would sponsor a duplicate bill that would deny the people in the affected five local governments access to tertiary health care.

Describing the Senate duplicate version as divisive, they also urged the Senate not to dissipate energy on the bill by stopping further deliberations on the duplicate bill.

The members led by Hon. Victor Mela Danzaria (Balanga/Billiri federal constituency) and Hon. Karu Simon Elisha (Kaltungo Shongom) who literally held the Chambers hostage for over 30 minutes at the Wednesday plenary, insisted that the Senate was misled into passing the bill that seeks to cite FMC in Deba instead of Billiri.

Speaking while raising na Point of Order to stop the Senate’s request for concurrence, Danzaria reminded his colleagues that a bill on the same matter had been duly passed by the House and was awaiting concurrence of the Senate since September last year.

He pointed out that further deliberation on the controversial Senate’s request will amount to a breach of his privilege.

The bill had passed first and second readings in the House of Representatives on the 12th of March 2020 and 6th of May 2021 respectively and also subjected to public hearing where memorandum were presented to the House Committee on Health.

In his ruling, Gbajabiamila directed that the Senate bill be put in abeyance pending the action of the Senate on a Bill for an Act to Establish Federal Medical Centre, Billiri.

“We have to observe the rule of first in time.  It hasn’t even gone through first reading before it was sent there for concurrence.”

“We have the same situation with other bills and l have made these pronouncement on the floor a couple of times. If any bill comes from the Senate and it is in the House and its been sitting down in this House.

” It would be difficult for me to accept for a member to bring the same bill on the floor of the House because it would be unfair on the senate who sponsored that bill and sent it here for concurrence.

“In similar vein, l would not accept for a member’s bill to be in the Senate just cooling off for months and a similar bill is brought to the floor of the House and we processed that.

“So therefore, what is fair is fair. We will take this bill which has already gone for first reading and we will leave it in abeyance until Honourable Mela’s bill that has been sitting there for the past six months is processed in the Senate. I think that is the only fair and proper thing to do,” the speaker said.

Femi GbajabiamilaHouse of RepresentativesNigeria Senate
Share
Subscribe to our newsletter
Sign up here to get the latest news, updates and special offers delivered directly to your inbox.
You can unsubscribe at any time