Decision on petrol subsidy removal to come in June – NEC 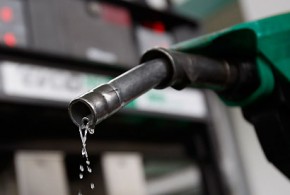 The National Economic Council (NEC), has disclosed that a decision on the removal of the subsidy on petroleum will be made in June when the provision for its payment in the 2022 budget expires.

The Council chaired by Vice President Yemi Osinbajo, met at the presidential villa, Abuja on Thursday, affirming that since the Nigerian National Petroleum Corporation (NNPC) Limited is now a limited liability company, it will be run differently.

Fielding questions while briefing State House Correspondents on the outcome of the meeting, the Governor of Nasarawa state, Abdullahi Sule said it was understandable that the provision for the payment of the subsidy is made in the 2022 budget only until June.

Sule, who briefed alongside his Edo state counterpart, Godwin Obaseki, stated that any decision on the removal of subsidy will be taken after the budget provision runs its course in June.

He asserted even though NEC through a committee it has set up on the issue has been having a conservation on the matter, it was yet to take a stand on it.

Nassarawa Governor said: “What you have to understand, we didn’t make any presentations on this because there has not been a decision. But in reality, all of us Nigerians know that there is now the Petroleum Industry Act. And NNPC has now become a limited liability company. So NNPC will run differently. So if the Minister of Finance provides for six months, you probably can understand part of the reason for provision of six months before NNPC fully takes off and at that moment, that’s when decisions will be made.

“But I want to make the correction that it is not governors who are making recommendation. It is actually a NEC committee, you know, which comprises of all the other people that are looking at this and no decision has been made and probably by the time a decision will be made, you know, the Petroleum Industry Act would have fully taken charge, and it will not require any recommendation from anybody.”

Also responding to questions, Obaseki pointed out that Premium Motor Spirit (PMS), which sells for N162-165 per liter in Nigeria, sells for over 100 percent higher in neigbouring countries.

He noted that the federal government was spending about N2 trillion on petroleum subsidy, an amount, he said could have been channeled to the nation’s infrastructure, education, healthcare among others.

According to Obaseki, the NEC, therefore, wondered whether that should be allowed to continue in a situation where he observed only two thirds of the states of the federation consume the subsidy.

He said: “As you all know and aware, the issue of subsidy has been one matter that NEC has deliberated on, for more than a year now. There was an Adhoc committee, which was set up by NEC headed by Governor El-Rufai that included members of the executive arm of government that worked on recommendations as to what we should do about the costs of PMS locally because as you realize, as has been told us, the cost of PMS in Nigeria today is about N162 per liter. Whereas every other country surrounding Nigeria is selling the same product at more than 100% of the cost in Nigeria.

“And the country as at last year, spent in excess of almost I mean, we need to have the exact figures, but we must have spent almost N2 trillion subsidizing petroleum products. That is money that could have gone into building roads, money that could have gone into healthcare and education. And so for NEC, the arguments have been put out, should we continue this regime of spending money we do not have to subsidize the living standards of only mostly those who have vehicles? And when NEC looked at some of the analysis last year, we then realized that less than one third of the states of this country consume two thirds of the subsidy. So the issue of equity also came up. All of these findings were presented to NEC and NEC has had several deliberations. And the deliberations are still ongoing. So, no, NEC has not come up with any decision yet. I think recommendations have also been made to the President. That is what I am aware has transpired so far.”

Asked if the complaints of governors on illegal deductions to pay subsidy was addressed, Obaseki said, “No, no, no no. What was presented to NEC today was a document for us to note the decision that was reached by the FAAC – the Federation Account Allocation Committee. They had met, they had brought up the constitutional issue about deductions of 13% derivation, which should have occurred before any expenditure. So this was a constitutional issue, which had been dealt with. And it was realized that refunds had to be made as a result of those unconstitutional deductions and it was agreed how those refunds should be paid back whether it was to be paid in three years or in four years or in five years. That was what was brought to NEC for noting.”
Asked how subsidy deductions was affecting states, the Edo Governor said: “Well, I’ll put it very succinctly. As at last year, NNPC was supposed to contribute N200 billion a month to FAAC for distribution to the states. But because of the payment of subsidy, NNPC was unable to put that money into FAAC for distribution, which means less money going to the States and less money going to the federal government.”

On if states can survive, Nasarawa Governor responded “we are surviving now.”

NNPCPetroleum Subsidy
Share
Subscribe to our newsletter
Sign up here to get the latest news, updates and special offers delivered directly to your inbox.
You can unsubscribe at any time

Why is Amaechi still in office despite misleading the president and breeching oath of office?