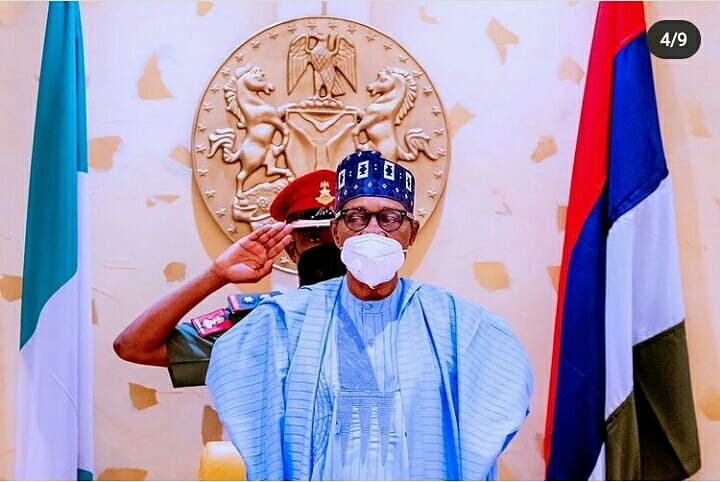 In spite of insecurity and the COVID-19-triggered economic and health challenges which confronted the country, the Minister of Information and Culture, Alhaji Lai Mohammed said on Thursday that the Muhammadu Buhari administration has performed creditably, and reeled out its 100 touchstone achievements in 2021.

Specifically, Mohammed said one of the greatest achievements of the administration in the outgoing year was recorded in the oil and gas sector, the greatest revenue earner for the country, Persecondnews reports.

Mohammed told a well-attended news conference in Lagos:“The passage and signing into law of the Petroleum Industry Act (PIA) is a landmark achievement. Many have described it as the most profound event in the Nigerian oil and gas space in the last 20 years.

“The PIA is envisaged to foster investment in the industry and delineate responsibilities to the various institutions. Its key objectives are:

– to entrench accountability and good governance

–  to promote the exploration and exploitation of the petroleum resources in Nigeria for the benefit of all Nigerians as well as foster the sustainable development of the host communities.

“Also worthy of note is the transformation of the Nigerian National Petroleum Corporation (NNPC). The nation’s national oil entity has witnessed many changes and transformation through the decades. From its take-off on 1st April 1977 as a merger of the Nigerian National Oil Corporation (NNOC) and the Federal Ministry of Petroleum and Energy Resources, the NNPC – now re-christened NNPC Limited – has been undergoing the kind of transformation designed to re-invent the entity for greater efficiency and value creation.

“ Yet, the changes and the unprecedented deluge of reformations in 2021 eclipse previous attempts to restructure the oil company. The tempo created with the passage and eventual presidential assent of the PIA was sustained with the quick activation of Part V of the new law which requires the incorporation of a commercial and profit-focused National Oil Company (NOC) within six (6) months of the passage into law.

“Thus, the NNPC Management – on behalf of the Federal Government – incorporated the Nigerian National Petroleum Corporation (NNPC) Limited under the Companies and Allied Matters Act. Under the new arrangement, NNPC Ltd will, on behalf of the Federation, take over assets, interests and liabilities of the Nigerian National Petroleum Corporation (NNPC).

“ Another major achievement in the sector is the posting of a N287 billion profit, after tax, by the NNPC. It was the first time in 44 years that the Corporation has recorded such profit, which the NNPC attributed to aggressive cost cutting measures, cost savings through renegotiation of contracts by up to 30%, improved efficiency through business automation, emphasis on commercially-focused investment and non-interference in the management of the corporation’s affairs, among other factors.

“The construction/rehabilitation of 21 Roads under the Federal Government’s Road Infrastructure Development and Refurbishment Investment Tax Credit Scheme is also a major achievement. Recall, gentlemen, that the Federal Executive Council (FEC) approved N621.2 billion for the NNPC to take over the reconstruction of 21 federal roads across the six geopolitical zones of the country.

“The construction and rehabilitation of the selected roads are meant as strategic intervention under the Federal Government Road Infrastructure and Refreshment Tax Credit Scheme.’’

On the economy, the information minister, Mohammed also stated:“The recovery of the economy remained on a steady path throughout the year 2021. As you are aware, gentlemen, many countries around the world face unprecedented challenges, starting from 2020, as a result of the COVID-19 pandemic and Nigeria is no exception.

“The Nigerian economy was hit by the pandemic in mid-2020, and the economic disruptions led to a recession. The poor performance of the economy during the COVID-19 era affected output growth, trade, household welfare and livelihood.’’

Mohammed scored the administration high in the fight against insecurity, boosting the economy and provision of public infrastructure such roads, train and the Second Niger Bridge in the Southeast.

According to Mohammed, a quick response by the federal government with the rolling out of effective fiscal and monetary policies as well as health-related policies intended to curb the spread of the pandemic and mitigate the negative impact of the pandemic on the economy had yielded considerable results.

He said: “Let me admit straightaway that the year has not been devoid of challenges. For the outgoing year in particular, the major challenge has been that of insecurity. In spite of this and the usual economic challenges, especially the dwindling resources available to the government, the Administration has availed itself creditably, as we will be demonstrating shortly.

“As I said in my introductory remarks, our biggest challenge in the outgoing year is in the area of security. Despite the enormity of the challenge, our military has continued to live up to their billing.

“We owe them a debt of gratitude for their patriotism and sacrifice. We just can’t appreciate them enough, as you will soon see when I break down their achievements in the year under review.

“Gentlemen, in the Northeast zone under Operation HADIN KAI, a combination of kinetic and non-kinetic operations, coupled with a review of strategies, led to the neutralization of over 1000 terrorists, rescue of 2000 civilians and the surrender of over 22,000 terrorists including their families.

“Many arms and ammunition were also recovered. This is in addition to destruction of several IED/bomb making factories of the ISWAP/BHT. Under Operation HADARIN DAJI in the North West, the conduct of offensive clearance operations, raids and air operations resulted in the neutralisation of about 427 bandits, arrest of 257 bandits, rescue of 897 civilians and recovery of 3,087 livestock.

“Furthermore, 174 trucks and 13 vessels were impounded while 755 illegal oil bunkerers were arrested and 153 assorted weapons recovered.

“In the Southwest, patrols and clearance operations by troops of Operation AWATSE led to the arrest of 46 persons for various forms of criminalities while several vehicles, jerricans, motorcycles and electricity generators used for illegal bunkering were seized.

“The effectiveness of the military was enhanced by the leadership provided by President Muhammadu Buhari and the unwavering commitment of the armed forces and its leadership.

“The procurement of modern platforms for the armed forces has also gone a long way in raising the level of their operational readiness and efficiency, in addition to boosting their capabilities.’’

Mohammed also disclosed that during the period under review, the Nigerian Army procured 160 MRAPS, 150 trucks, 60 APCs and kits to improve its equipment holding in addition to the provision of accommodation for the troops and the recruitment of over 10,000 personnel into the Army.

“Over 1,500 personnel were recruited into the Navy during the year. The Nigerian Air Force (NAF) took delivery of 12 Super Tucanos and 3 JF-17 Thunder Fighter Aircraft and other platforms with which it has conducted several Air interdictions, provided close air support to ground troops and destroyed several illegal structures and equipment belonging to terrorists, bandits and other criminal elements.

“The Armed Forces of Nigeria has also contributed immensely to International peace and security efforts with its robust participation in the United Nations Multidimensional Integrated Stabilisation Mission in Mali (MINUSMA) and the regional initiative, the ECOWAS Military Intervention in Gambia (ECOMIG).

“The Nigerian military’s continued participation in these Missions has ensured their viability and sustenance towards achieving their military and political goals, Mohammed added.

“Overall, the good news is that the military, in spite of its achievements, is not resting on its oars. The Military has assured that it is also poised in fulfillment of its constitutional duties to address the myriad of evolving contemporary threats, particularly as the 2023 elections draw nearer.

“Still on the fight against insecurity, the implementation of the community policing initiative of the current administration has led to the training of 25,000 constabularies in several police colleges across the country.

“This economic performance in 2021 shows a steady improvement in growth over the last three quarters of 2020, and this can be attributed to government policies and strategies such as the Economic Sustainability Plan; the N500 billion COVID-19 Crisis Intervention Fund etc.

“In Foreign Trade, Nigeria witnessed dwindling performance in 2020, arising from trade restrictions on accounts of COVID-19 pandemic. Disruptions of trading activities driven by the pandemic further weakened the balance of trade witnessed in Q4 2019 in the subsequent quarters.

“It is projected that proper implementation of the proposed 2022 project of N17.13 trillion, and Medium-Term Expenditure Framework & Fiscal Strategy Paper 2022-2024 are likely to improve the performance of the economy., Mohammed disclosed.

On the Second Niger Bridge, the minister, Mohammed said work had reached 78 percent and that the project would be commissioned by November 2022.

“The trains are currently conveying goods and services and reducing traffic and human pressure on infrastructural facilities on the Lagos-Ibadan highway. Then there was the ground-breaking ceremony for the rehabilitation and reconstruction of Port-Harcourt-Maiduguri Eastern Narrow Gauge Railway project and the Bonny Deep Sea and Railway Industrial Park.

“The project is a continuation of the Lagos-Kano rail plan. It is the third segment, with Lagos-Ibadan as well as Ibadan-Kano as the 1st and 2nd segments, respectively. Then, the MOU for the construction of the US$1.959 billion Kano-Maradi standard gauge line was signed with the Portuguese firm Mota-Engil Group.

“This is part of the on-going Federal Government’s initiative to provide inter-modal means of transportation across the country as well as enhance trade between Nigeria and some African countries.’’ 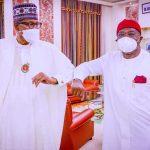 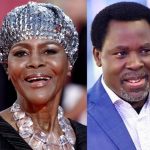