Widows of 1992 Ejigbo military plane crash cry out to FG: Pay us N100m each as compensation, military, past administrations have reneged on their promises 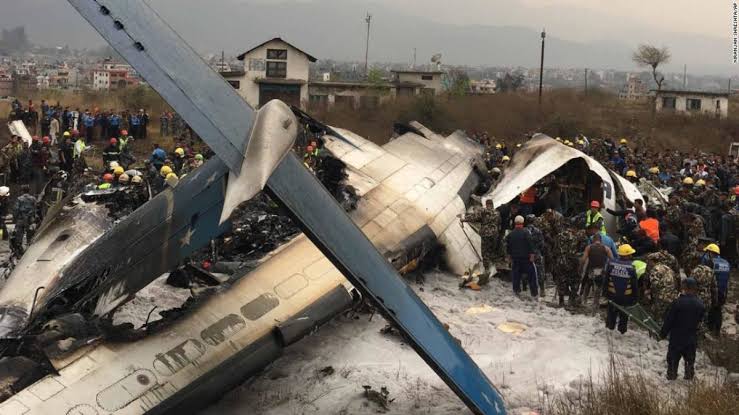 The widows of the officers who died in the September 26, 1992 Ejigbo military plane crash have petitioned the Minister of Defence, retired Maj.-Gen. Bashir S. Magashi over what they called the unfulfilled promise of the Federal Government to compensate their families.

About 29 years, the widows under the aegis of September 26, 1992 HC-130 Widows’ Association are now demanding N100 million per family as compensation for the death of their husbands.

In a letter titled, “Request for compensation for C-130 widows 26/09/1992 to the minister dated September 14, 2021 routed through the Attorney General and Minister of Justice, Malam Abubakar Malami (SAN), the widows lamented that due to the harsh economy and other pressures, some of the widows and children of the officers had died while those still alive are languishing in abject poverty and deprivations.

The letter was signed for and on behalf of the widows by Mukoro Iyabode Riskat (Army), Olayinka Adejoke Odusola (Navy) and Olubunmi Olajumoke Osho (Airforce).

Persecondnews.com recalls that 159 young military officers including some foreign nationals had perished in a Nigerian Air Force Lockheed C-130 H Hercules which crashed about three minutes after takeoff from Ikeja airport. All the three engines of the aircraft reportedly failed, an incident which set tongues wagging about possible sabotage.

The national tragedy occurred during the administration of ex-Head of State, Gen. Ibrahim Babangida, who had survived several counter-coups by solders to overthrow him.

According to the widows, several attempts had been made including presenting their cases before Justice Oputa panel to get justice and compensations under the military and Nigerian laws, hiring Chief Wole Olanipekun (SAN) but to no avail, as the authorities had continued to renege on their promises.

The letter states:“Unfortunately sir, as painful as the loss of these promising officers were, the promises made by the Federal Government of Nigeria to the widows and families left behind have not been fulfilled. As a result of the biting economy and other pressures, some of these widows and their children have died while the remaining ones have been left languishing in poverty.

“We need to state that we have made several attempts, the Oputa Panel being one of them to seek for our rights and due compensation under military and various laws in the country.

“This was rejected by us as we felt insulted by the offer and our brief, Chief Olanipekun was withdrawn from the case.

“We are now humbly requesting a one-off payment of N100 million per family as compensation from Federal Government through your office. Sir, we hope this request will be compassionately looked into and accepted by you as a family man and also empathize with our situation.

`We have suffered a lot and we are still struggling to live through a decent old age and better future for our children.’’

Ejigbo military plane crash
Share
Subscribe to our newsletter
Sign up here to get the latest news, updates and special offers delivered directly to your inbox.
You can unsubscribe at any time