WHO said the virus is now in five of its six regions. 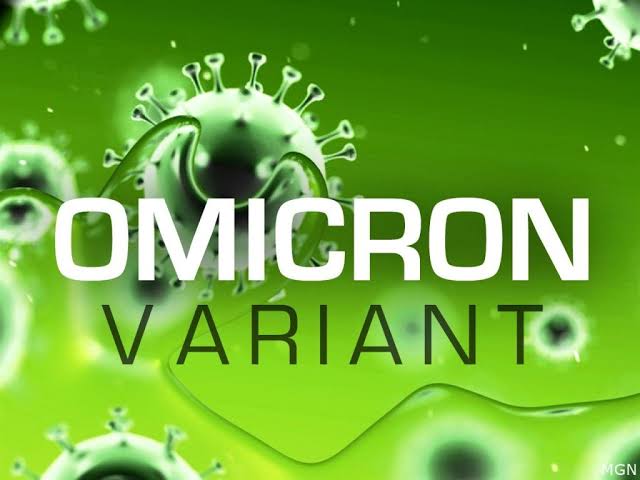 Share
With at least 23 countries reporting cases of the new Omicron variant, the World Health Organisation (WHO) says every country should take it “extremely seriously”.

WHO said the virus is now in five of its six regions.

Disclosing this on Wednesday in Geneva, WHO Director-General, Dr Tedros Ghebreyesus, said the number of cases was expected to grow.

“WHO takes this development extremely seriously, and so should every country.

“But it should not surprise us. This is what viruses do. And it’s what this virus will continue to do, as long as we allow it to continue spreading,” he told journalists listening in to the agency’s regular virtual briefing on COVID-19.

Preliminary evidence suggests Omicron may have “potential immune escape” and or possibly higher transmissibility, when compared to previous variants of concern, according to WHO’s latest weekly epidemiological update on COVID-19, also released on Wednesday.

He said experts were learning more about the variant, “but there’s still more to learn about its effect on transmission, severity of disease, and the effectiveness of tests, therapeutics and vaccines.”

The WHO chief urged countries to take “rational, proportional risk-reduction measures”, including those aimed at delaying or reducing spread, such as screening passengers or implementing quarantines for international travellers.

He stressed that “blanket travel bans would not prevent international spread of Omicron variant and they place a heavy burden on lives and livelihoods.”

He warned that the current “toxic mix” of low vaccine coverage, and very low testing are a recipe for breeding and amplifying variants.

He said: “We need to use the tools we already have to prevent transmission and save lives from Delta.

“And if we do that, we will also prevent transmission and save lives from Omicron. But if countries and individuals don’t do what they need to do to stop transmission of Delta, they won’t stop Omicron either.”

To date, more than 261 million cases of the COVID-19 have been confirmed globally, and 5.2 million deaths, with the Delta variant continuing to dominate.

Meanwhile, the director-general said agreement by countries to launch a process to develop a new global accord on pandemic prevention and response was cause for hope.

Ghebreyesus welcomed the consensus decision reached during a special session of the World Health Assembly (WHA), the UN agency’s top decision-making body, attended by representatives from its 194 member-states.

The three-day meeting began on Monday with the sole goal of considering the benefits of creating a new international agreement on pandemic prevention preparedness and how best to avoid the pitfalls that have marred an effective response to COVID-19.

This marked only the second time the assembly has met in a special session since WHO was founded in 1948.

“The adoption of this decision is cause for celebration, and cause for hope, which we will need,” he said in his closing remarks, though noting the road ahead was long.

“There are still differences of opinion about what a new accord could or should contain. But you have proven to each other and the world that differences can be overcome, and common ground can be found.”

The decision will establish an Intergovernmental Negotiating Body (INB) that will negotiate and draft any convention, agreement or other international instrument.

A first meeting will take place no later than March 1, 2022 and public hearings will also be held to inform deliberations.

The INB will deliver a progress report to the World Health Assembly in 2023 and submit its outcome for consideration the following year.

COVID-19Omicron variant
Share
Subscribe to our newsletter
Sign up here to get the latest news, updates and special offers delivered directly to your inbox.
You can unsubscribe at any time