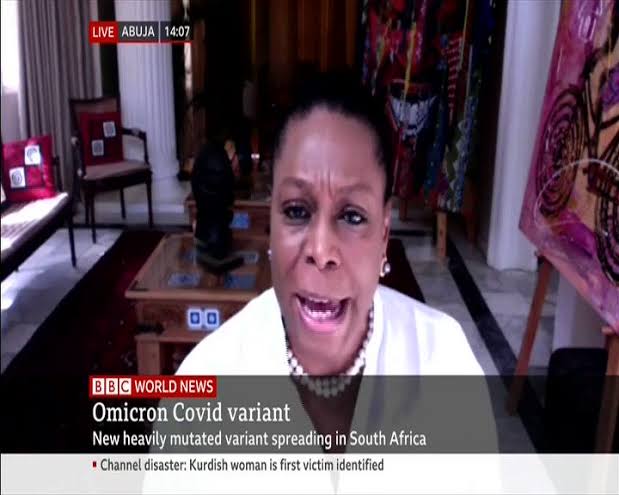 Outraged by the banning of Africa over the new Omicron variant first discovered in South Africa, an African Union vaccine expert and Nigerian, Dr Ayoade Olatunbosun-Alakija, has criticized western countries for the move.

In a scathing BBC interview on Monday, she called for a co-ordinated global shutdown instead of singling out Africa for travel ban, saying it is based on politics and not in science.

A video of Dr Ayoade Olatunbosun-Alakija has gone viral watched over 330,000 times on one of her social media accounts and 80,000 on the account of the South African Foreign Affairs Department spokesperson, Clayson Monyela.

Many countries including U.S, European Union, Morocco, Rwanda and Mauritius have banned people from the following countries due to the emergence of a new covid variant discovered in South Africa this past week: Botswana, Eswatini, Mozambique, Lesotho, Malawi, Mozambique, Namibia, Zambia, Zimbabwe and South Africa itself.

According to Dr Ayoade Olatunbosun-Alakija, the world should have been prepared for a new Covid-19 crisis as it is “inevitable”.

“Had the first SARS-Covid virus — the one that was first identified in China last year — originated in Africa it is now clear that the world would have locked us away and thrown away the key.

“What is going on right now is inevitable, it’s a result of the world’s failure to vaccinate in an equitable, urgent and speedy manner,” she said.

She declared: “Quite frankly, it is unacceptable, these travel bans are based on politics and not in science, it is wrong”.

“Why are we acting surprised? Why are we locking away Africa when this virus is already on three continents?”

“The continent is at stake, our lives are at stake and we cannot allow the world to do this to us.

“There should be a coordinated global shutdown of travel for the next month Don’t single out Africa.” 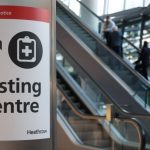 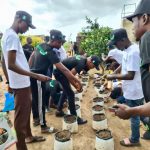