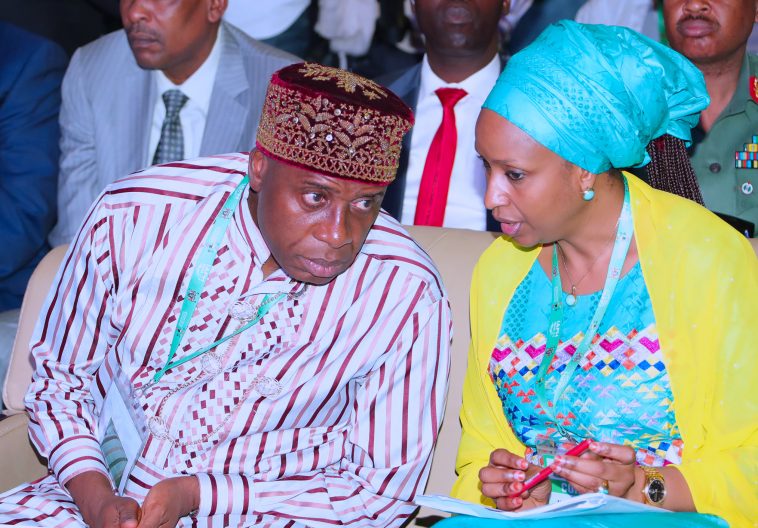 Minister of Transportation Rotimi Amaechi seems to have capitalised on his closeness to President Muhammadu Buhari to misinform him and unfairly unhorse the former Managing Director of the Nigerian Ports Authority (NPA) Hadiza Bala Usman who served from 2016 to 2021. Worse, Amaechi deliberately missed the opportunity to come clean on this subject matter in his recent interview with THISDAY. Let’s contextualise the issues.

Officials who occupy public offices in Nigeria ought to approach such responsibilities with a certain sense of history, vision and fairness. Perusing Transport Minister Amaechi’s responses to questions on his grouse with the management of NPA in his interview with THISDAY published last Monday, certainly spawns considerable concerns about how Nigeria can genuinely progress and take her position on the continent.

To hear the minister claim he had no clue about the goings-on in the agency for the past five years remains a curious disappointment. One comes away with the thought that these government officials must take Nigerians for simpletons incapable of distinguishing between their left and right hands. How is it possible that a minister of Amaechi’s influence and imperious disposition would remain oblivious of the activities of an agency under him? But more than that and with privileged information one knows that the Minister was being less than honest.

In justifying the six-month long probe of the affairs of NPA, (which he hinted may last for the rest of this administration) Amaechi said: “… The panel has not finished. They are investigating five years. One year alone will take them 10 months. But have it at the back of your mind that all we are doing is going through what happened in NPA for the five years that I never knew anything about NPA…” He also claimed to be oblivious of the dispute between NPA and the Integrated Nigeria Logistics Limited (INTELS), saying: “We never even knew there was a crisis between INTELS and NPA.”

Reflecting on this now, one finds it so absurd that the Minister of Transportation would make such spurious claims when the unabating misunderstanding between NPA and INTELS was public knowledge. On INTELS, a report in Friday’s edition of THISDAY indicated that industry players have always held the opinion that the minister has a strong relationship with the company. According to THISDAY, a source at the NPA volunteered that the minister vehemently opposed the removal of INTELS’s monopoly on the discharge of oil and gas cargo in their terminals.

“The reversal of this monopoly, which he had opposed until he was overridden by the Attorney General of the Federation, Mallam Abubakar Malami, SAN, led to the Egina FSPSO received at the LADOL Terminal in Lagos, saving the country millions of dollars. The removal of the monopoly also saved Shell Nigeria Exploration & Production Company of exploration cost of over 1 billion USD for OML 18 and 40% of operation costs amounting to 15 million USD per annum. The company conveyed this information, which commended the NPA via a letter dated 4th June, 2018,” the report further stated.

More, Amaechi also claimed that NPA violated due process on the issue of the public tender of the Service Boat Management Agency.  But facts from this THISDAY report tell a different story. The Bureau of Public Procurement (BPP) was said to have written the Chief of Staff to the President, Professor Ibrahim Gambari, on March 9, 2021, saying that the Minister’s submission seeking Presidential approval of the reinstatement of the expired contract to INTELS, without due process was not in the interest of the federal government. The report further claimed that that BPP recommended that the public tender process initiated by the NPA, (in which INTELS participated), was proper and should be promptly completed!

No Knowledge of NPA Activities

While the Minister gives the impression that the NPA has been run without deference to the supervising ministry since 2016, available information suggests the agency neither executed projects nor took decisions for which regulations required it to seek ministerial approval without seeking and obtaining same.

If that were not so, who then has been presenting NPA memos to the Federal Executive Council (FEC)? How has the agency also been able to satisfy its procurement requirements above the parastatal’s tenders board threshold of N50m for goods and services and N250m. Didn’t these requests come to the ministerial tenders’ board, after which the Minister presents to them FEC?

Records reveal at least 25 NPA memos that the minister presented to FEC within the period he claims not to know what NPA was doing. Even NPA’s annual budget proposals are forwarded to the Minister for his review and onward transmission to the national budget office. The ministry also has a representative on the Board of NPA whose responsibility is to brief the minister on the activities of the agency adequately. So how can Amaechi claim not to know what has been happening in the agency?

Further, Amaechi’s claims of instructing the NPA to procure dredging equipment to replace the Joint Venture arrangement in 2019 is also incorrect. The minister apparently introduced the equipment purchase directive via a letter dated February 2, 2021, after the BPP rejected his directive that the NPA should extend the JV partnership for one year.

From available documents, when he gave the directive for the extension of the JV for one year, the NPA wrote to the BPP requesting for “no objection” to extend the contract for one year as directed by the Minister. This request was declined by BPP on the strength of the fact that it was against the country’s interest and that the Authority should proceed to conduct a public tender for the JV partner.

It was when the Minister was notified about this development, that he directed the Authority to procure the dredgers and provide information about wreck removal costs instead of proceeding with the tender as directed by the BPP. There are no records anywhere in NPA where he gave such directive in 2019, all this was done after his idea for the extension was shut down by the BPP.

Amaechi claimed that refusing to obey a non-existent instruction he gave in 2019 was responsible for the exorbitant cost of the equipment currently, but this was always going to be a penny-wise, pounds foolish venture. From available facts, the Authority will need to purchase a minimum of four dredgers and other equipment to maintain the channel.

The cost outlay for the equipment, according to a source is as follows: Jumbo Trailing suction Dredger: 200 million Euros; Medium trailing suction hopper dredger: 100 million Euro; Cutter suction dredger: 150 million Euro; Multicart: 10 million Euro. In addition to the cost of procuring them, the authority will require running cost and maintenance cost. Whereas with the JV, the technical partner who are professional international dredging companies use their existing dredgers which they already have in their pool for deployment as and when needed.

As part of his commitment to paint the management of the NPA under Hadiza Bala Usman black, Amaechi alluded to an illegal exclusive supplemental agreement at the Lekki Deep Sea Port, sources explained that the authority took the decision in the best interest of the nation.

The phase two of the project is to commence when cargo throughput of the Port exceeds 1.2million TEUs per annum for 2 consecutive years or not later than 15 years whichever is earlier. And based on the Lekki Port Concession agreement, the Lekki Port has exclusivity on Container and dry bulk port terminal development in Lagos area for 15 years or when they exceed 1.2million TEUs for 2 consecutive years.

The minister has always tried to make light of the suspension of Managing Director of the NPA, Hadiza Bala Usman. When he is not denying that Bala Usman was only asked to step aside and not suspended, he is suggesting that the decision was taken by President Buhari. He took both positions in the THISDAY interview but there are two questions to ask the minister: did the President just wake up one day and announce the lady’s suspension without any input from him? And most importantly, do Public Service Regulations (CSR) have any provision for asking anyone to “step aside?” If not, what is the legal basis of asking the MD to step aside when there is no such provision?

On NPA’s alleged refusal to implement approvals, the truth is that the only approval the minister obtained from the President that was not implemented was the one concerning reinstating INTELS’ expired contract.

And this approval was withdrawn by the President himself! The President thereafter directed the Attorney General of the Federation to provide him a legal opinion on the legality of reinstating an expired contract outside the Public Procurement process. That legal opinion from the AGF is what stalled the implementation of his approval and not the Panel of Inquiry, contrary to what the minister wants Nigerians to believe. He simply cannot take any action because that approval had been withdrawn while everyone awaits the AGF’s advice to the President.

It is hoped that the minister realises that the longer this uncertainty at the NPA goes, the more awkward the situation becomes. His letter to the President also referred to a memorandum of insubordination by the NPA management, but the MD, who has been asked to step aside never received such memo, which would have been in the form of a query stating the act of insubordination and asking for an explanation within a stipulated time. No such letter was said to have been received at the NPA.

The minister also pretended the appointment of the Executive Director Finance and Administration to act as Managing Director was without any prejudice. Why then was his letter to the President silent about the title of the person he requested to act; why just mention his name?  Amaechi just seems to have capitalised on his closeness to the President to manipulate him. Transformative governance certainly needs to go beyond such narrowness and deliberate misinformation. 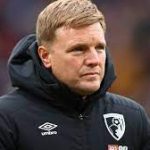 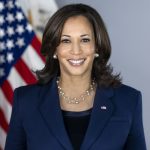