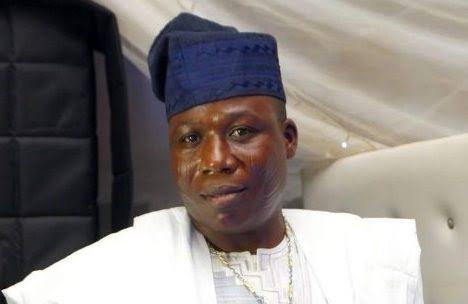 “Igboho is not a terrorist but a businessman, adding “the Minister of Justice is only fruitlessly trying to paint his client in a bad colours

“The allegation by Malami is wrong, transferring money to bureau de change to buy dollars is what is done by businessmen of Igboho’s calibre”

Yoruba nation activist, Chief Sunday Adeyemo a.k.a Igboho Oosa, has reacted to the allegations by the Attorney General of the Federation and Minister of Justice, Malam Abubakar Malami (SAN) linking him to terrorists in the country.

Speaking through his lawyer, lgboho, who is currently being held at Benin republic prisons, has challenged the minister to prove the allegations.

Persecondnews had reported on Friday that the Minister of Justice had at a press conference accused Igboho, who is standing trial in Benin for immigration offences, of financing some terrorists.

He also accused the Igboho of transferring N12.7 million to a company — Abbal Bako & Sons, owned by Abdullahi Umar, who was alleged to be a terrorist.

But the lead counsel to Igboho, Chief Yomi Alliyu (SAN), said Malami is “only operating at the realm of conjectures” and challenged him to come out with facts to prove his allegations.

He insisted that Igboho is not a terrorist but a businessman, adding “the Minister of Justice is only fruitlessly trying to paint his client in a bad colour.”

“The allegation by Malami is wrong, transferring money to bureau de change to buy dollars is what is done by businessmen of Igboho’s calibre.

“Our attention has been drawn to a text press conference by the Honourable Attorney General and Minister of Justice wherein he fruitlessly tried to paint our client and those patronising his car trade as terrorists and/or financiers of terrorists.

“I have gone through the text. Sunday was alleged to have transferred the sum of #12.7m to Abbal Bako & Sons owned by Abdullahi Umar. Transferring money to bureau de change to buy dollars is what is done by every businessman of our client’s calibre.

“Thank God that his passports and various bills of ladings were carted away by DSS during the ungodly invasion of 1 July, 2021.

“Thus, so far there is no evidence of receipt of money from Abbal Bako & Sons or Abdullahi Umar going by the text conference. What the Honourable AGF stated are mere conjectures, not hard fact.

“Our client, according to him, paid Umar and not vice versa thus believing what the Honourable Attorney General of the Federation earlier said that Chief Sunday Adeyemo is being financed by people.

“The picture the learned AGF wanted to paint is that our client is being financed by Abdullah Umar allegedly involved in terrorists financing. Who is now financing now?

“Again, Chief Adeyemo is a car dealer trading in the name of Adesun International Concept Ltd. Does it mean that anybody buying car from him or selling car to him is a terrorist? he said in a statement.

“Chief Sunday Adeyemo (aka Igboho Oosa) was not into Oodua Nation until last year. So finding over #273m turnover between October 2013 and September 2021 shows that he was not a poor man. His house, invaded by DSS on 1July, 2020 is worth over #2billion,” Persecondnews quotes the lawyer as saying.

Alliyu challenged Malami to name the lawmaker who allegedly sent money to lgboho to promote terrorism.

“Let us see whether he would not be damnified in exemplary damages for defamation.

“Up till date our client has not been prosecuted or found liable for any criminal act or terrorism.

“There is also a valid and subsisting court judgment that agitation for self- determination is not an act of terrorism but fundamental human right of any citizen.

“My Learned brother Silk and Hon AGF knows that suspicion no matter how great cannot grant conviction. Chief Sunday Adeyemo is not a terrorist but a campaigner for self-determination,” the senior advocate said. 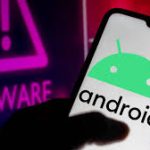 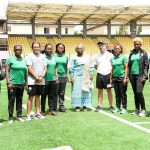