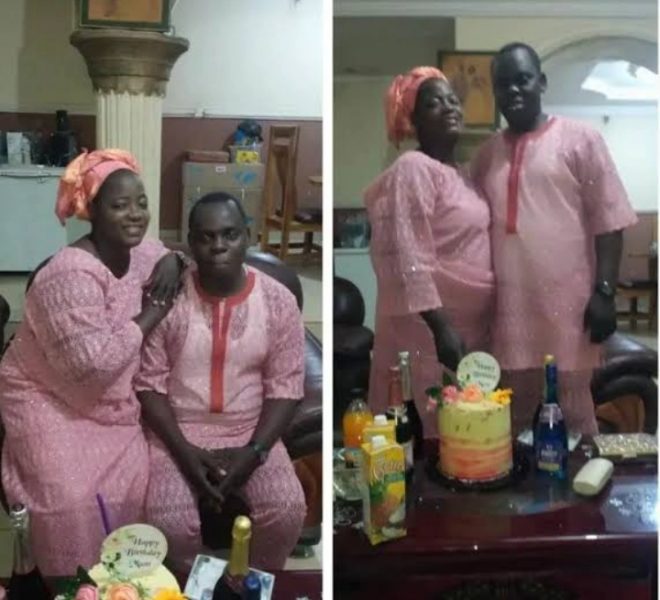 … housekeeper held by police on allegations of food poisoning

The bodies of Pastor Michael Olasunkanmi Eso, and his wife, Deborah Olufisayo, who were allegedly poisoned last week, have been interred in Ilesa, their country home, Osun State amid outpouring of emotions and griefs.

The couple was buried at Imose Ireti Ayo area of llesa without autopsies conducted on them against the backdrop of different causes of their deaths.

A brief burial service was held for the deceased by some clerics from a pentecostal church — The Last Day Deliverance Miracle Ministry, Ilesa, at which family members, friends and church members betrayed their emotions, fighting back tears.

Both Michael and Deborah were buried beside each other with the two surviving children paying their last respect to them.

Food poisoning and generator fume were attributed to their mysterious deaths as they were found dead in their house in the early hours of October 1, 2021.

Persecondnews learnt that their housekeeper, who has been fingered as the one who poisoned them, has been arrested by the police.

Michael was 55 years old while his wife was 50 years when they exited the world.

Commenting on the incident, the spokesperson for the Osun Police Command, ASP Yemisi Opalola, said investigation was in progress in a bid to unravel the deaths.

“We asked that autopsies should be conducted on the corpses but their children came to us and said they were not interested again and said they wanted to bury their parents.

“The police cannot pay for the autopsy. It is costly and since they are not in support of the effort, that is the end of the whole thing. The children insisted they wanted to bury their parents,” she said.

Osun
Share
Subscribe to our newsletter
Sign up here to get the latest news, updates and special offers delivered directly to your inbox.
You can unsubscribe at any time

The Day In Pictures: Pres Buhari receives Certificate of Incorporation of NNPC Limited.