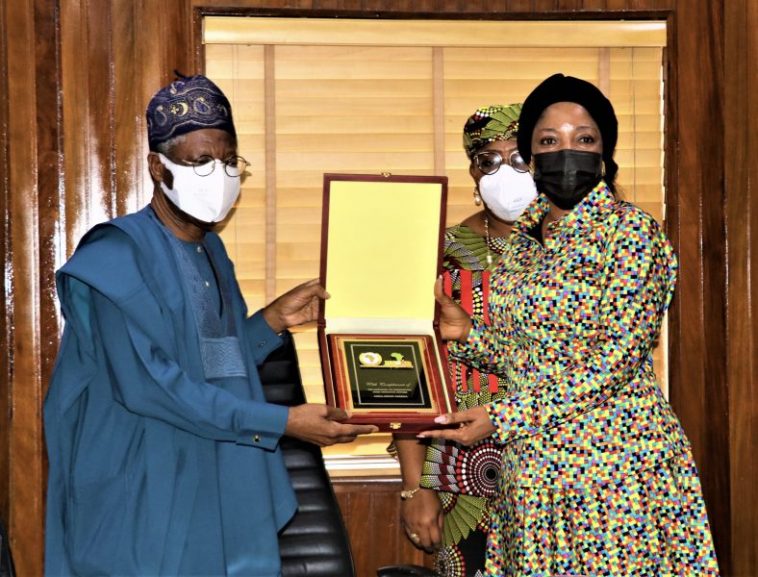 In spite of the huge challenges inherited by the current administration, President Muhammadu Buhari has steered the country in the right direction and returned the economy to the path of sustainable growth, says Information and Culture Minister Lai Mohammed.

“We came into government in 2015 and by the time we came to government, three things happened, the impact of which we did not know.

“The first is that by the time we assumed office in 2015, a huge part of the North East was under the effective occupation of Boko Haram.

“When we came in in 2015, the economy had virtually collapsed. Oil prices crashed from a high of about $120 per barrel to about $28 a barrel.

He spoke in Abuja on Friday when he received a delegation from the African Union Development Agency-New Partnership for Africa’s Development (AUDA-NEPAD) which is in the country for the second peer review.

Mohammed therefore urged the AUDA-NEPAD to always consider the peculiar challenges of a country while making conclusions on the
governance structure for the peer review.

“While we can have some basic tenets of governance, governance is a bit peculiar to the locality, and the kind of challenges we face will determine to a large extent the mechanism we are going to use to resolve them.

“I look at Nigeria as an extremely interesting project, especially in the last six years. I think the kind of challenges we faced as a government coming in in 2015 till today will challenge the most resourceful persons,” he said in a statement by Mr Segun Adeyemi, the Special Assistant on media and emailed to Persecondnews.

The Minister hailed the governance style of President Buhari which, he said, is driven by experience, wisdom, tolerance, patience and listening to all shades of opinion in his effort to chart a new course for the country that has been plagued by numerous challenges.

While speaking on the economy, he said the President has diversified the economy as oil is no longer the drivi ewng force behind economic growth.

“In the area of economy, I am proud to say that we are not just in the process of diversifying the economy, we have diversified our economy because the last report (of the National Bureau of Statistics) showed that while the non-oil economy did very well, the oil-related economy did poorly.

“That after two quarters of recession, we were able to record 5.01% growth in GDP was not at all based on the oil economy but on the non-oil economy,” Mohammed recalled.

On insurgency, he said the Federal Government had scaled up the fight against insurgency, banditry, kidnapping and other forms of criminality in the country.

On the creative industry, the minister also highlighted the contributions of the Creative
Industry to the growth of the economy, saying apart from agriculture, the sector creates the highest number of jobs, especially for women and the youth.

He also commended Mr. President’s foresight in the fight against COVID-19, and disclosed that Nigeria is targeting about 90 million doses of COVID-19 vaccine by the end of the year.

In her remarks, the National Coordinator of NEPAD, Princess Gloria Akobundu, said the AU Development Agency is in the country to assess the implementation of the National Programme of Action arising from the first peer review conducted in 2008.

So far, Nigeria has consolidated democracy, scaled up the provision of infrastructure and is in the process of attaining self-sufficiency in food production through massive investment in agriculture, she said. 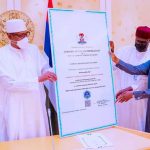 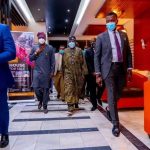