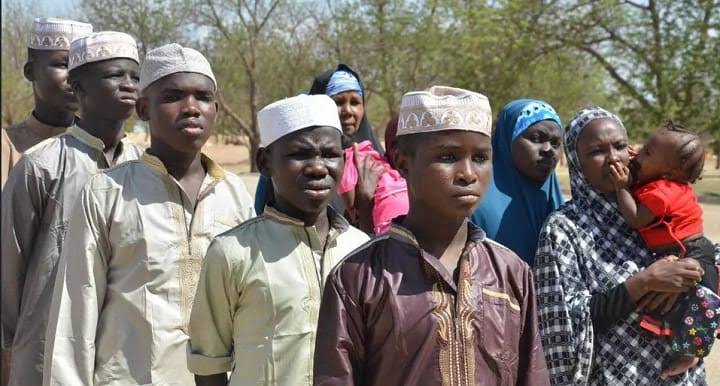 Women and Children in Northern Nigeria

Borno Governor Babagana Zulum says many of the insurgents who recently surrendered to the Nigerian military are women and children who were recruited for insurgency and trained to handle AK-47.

He believed that not all the 2,600 insurgents who surrendered recently are criminals as many of them are also victims, conscripted into terrorism at very young ages.

Persecondnews recalls that in the past few weeks, there have been reports of “repentant” Boko Haram terrorists surrendering to the Nigerian military.

Zulum, who made this disclosure while briefing State House correspondents after a meeting with President Muhammadu Buhari at the Presidential Villa, Abuja on Tuesday, said no law prescribes the killing of the repentant insurgents.

According to him, they would be trained for the purpose of reintegration into the society.

He said the issue of the repentant insurgents was part of what he and President Buhari discussed, and assured that victims of the insurgents that “they will not be left behind.”

Zulum said: “I came to brief Mr. President over the ongoing surrender by insurgents. I think, to me, and to the greater majority of people of Borno State, this is a very good development.

“In the last 12 years thousands of lives were lost, people have completely lost their means of livelihood. We have a total number of over 50,000 orphans and widows, these are official figures.

“The unofficial figures are more than this and we were able to cultivate not more than three percent of our total arable land because of the insurgency and right now, the whereabouts of not less than 10 percent of people of Borno State is not known to all of us at all.

“This is a very serious matter and I think the report of the surrendering of the insurgents, to me in particular and to the greater people of Borno State, is a very welcomed development.

“Unless we want to continue with an endless war, I see no reason why we shall reject those that are willing to surrender.

“I came to brief Mr. President on this matter and Mr. President has given my humble-self and the people of Borno State the assurances of his continued support in this direction so, that this matter can be resolved amicably.”

On the ongoing mass surrendering of repentant insurgents, Zulum expressed total support for the development, adding that it would be in the best interest of peace and a way to eventually bring the protracted insurgency to an end.

“Deepening internal democracy and social cohesion is a prelude to sustainable peace in any nation.

“Therefore, we are not unaware of the negative effects of this programme, but that is why we want to see the involvement of the federal government in a large scale.

“We are going back to Maiduguri to have wider consultations with the victims themselves, the traditional rulers and the generality of the people of Borno State, the major stakeholders, including the Nigerian Army, the civilian JTF and others, to develop a framework that will ensure sustainability of this programme.

“We are not unmindful of this issue, it’s not a small issue because we are not just saying that those that have surrendered shall be reintegrated into the society very soon.

“But mind you, among those that have surrendered, some are innocent, that were forcefully conscripted into this programme.

“Some are teenagers below the ages of 11, 12, who can handle AK-47, and there is one very important thing that Nigerians need to understand; if this issue of Boko Haram, insurgency, is not resolved, I believe it will never end because it is a generation.

Zulum added: “We can also involve the international community and other stakeholders; the Ministry of Humanitarian Affairs is very key.

The Defence Ministry, the Army, the Police, DSS and others are also very important to develop a framework that will ensure sustainability of this programme.” 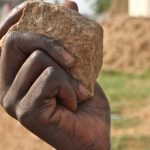