FG to invest $200m on COVID-19 vaccines production, other pharmaceuticals

Persecondnews gathered that the pharmaceutical infrastructure include the manufacture of COVID-19 vaccines, as well as other vaccines 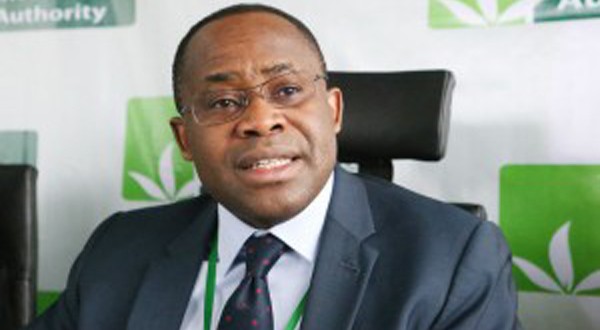 The Federal Government, through the National Sovereign Investment Authority (NSIA) in collaboration with other partners, intends to raise $200 million for pharmaceuticals and 20 projects in the health sector.

The execution of the 20 health sector projects will be under the Health Intervention Initiative.

Persecondnews gathered that the pharmaceutical infrastructure include the manufacture of COVID-19 vaccines, as well as other vaccinees and and essential drugs, and the construction of cancer centers in order to discontinue huge dependence on foreign imports.

Managing Director of the Authority, Uche Orji, made the disclosure on Thursday, at the weekly ministerial briefing organized by the Presidential Media Team.

He said: “In NSIA, we can sponsor, we can co-develop and we can just invest. We are looking at all three options; the more difficult ones, we will do ourselves and the easier ones we will look at some companies that already have existing infrastructure and work with them.

“Some of these infrastructure are just so archaic and so far behind and it is better to just build them brand new, like we did with the Cancer center in Lagos University Teaching Hospital, we just demolished it and started afresh. So these are all the things we need to do but we have established the fact that it is important, we will do that and I am certain we will complete something in healthcare this year.

“We are trying to raise a $200 million fund; not just NSIA, there are other investors that have indicate interest, so the documentation for getting the third party funds is ongoing.”

Orji further disclosed that the NSIA has been able to do three major things in the health sector through its Healthcare Investment Company.

“There are three things we have done in healthcare. First of all, the NSIA has a Healthcare Investment Company, through which we initially wanted to tackle all the challenges in the health sector but we realized that if you take it all at once, you are probably not going to succeed.

“So, we decided to do two things, first of all, you showcase an area that is of interest to Nigerians and we took cancer and went to Lagos University Teaching Hospital (LUTH), and said can we take over your cancer center and rebuild it?

“Secondly, we built two world class diagnostic and radiology centers in Kano and Umuahia. I am happy to report that those centers have been successful.

“At the moment, all these are working well; the health company, LUTH cancer center and the diagnostic centers,” he explained.

Speaking further, the NSIA boss revealed that there are plans to build 20 cancer centers across the country, adding that they are “starting with three centers this year, seven more centers next year, and another 10 the following year.”

“So there will be 20 of these centers across the country, and its everything from cancer to radiology and diagnostics, but then our flagship programme is a world class hospital that we are building here in Abuja, and that will be the center for advanced medicine,” he said.

CancerCOVID-19COVID-19 vaccineMr Uche Orji
Share
Subscribe to our newsletter
Sign up here to get the latest news, updates and special offers delivered directly to your inbox.
You can unsubscribe at any time