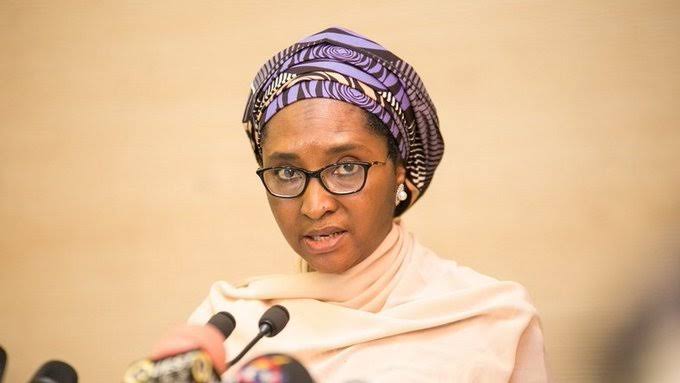 The Federal Goverment says it has approved the 2022-2024 Medium Term Expenditure Framework and Fiscal Strategy Paper (MTEF/FSP) as required by the Fiscal Responsibility Act.

The government has also projected N6.5 trillion revenue generation and N2.62 trillion accruable to the Federation Account and VAT respectively for 2022.

The Minister of Finance, Budget and National Planning, Mrs Zainab Ahmed, disclosed this on Wednesday while briefing State House correspondents at the end of the Federal Executive Council (FEC) held at Aso Rock, Abuja presided over by President Muhammadu Buhari.

According to her, FEC also approved the funding of a N5.26 trillion budget deficit through borrowings.

The Minister of Finance, Budget and National Planning, Mrs Zainab Ahmed, stated this while briefing State House Correspondents at the end of the meeting.

She said the ministry presented a 2022 projected revenue of N6.54 trillion and N2.62 trillion to accrue to the Federation Account and VAT respectively, adding the revenue is projected to increase in 2023 to 9.15 trillion.

“The MTF FSP describes the federal government’s socio economic and developmental objectives and priorities for the reporting period of 2022 to 2024 as well as the fiscal strategies to be put in place, and policies to achieve in the priorities.

“The goal for us is to improve the nation’s macro economic situation or reposition the economy on the path of inclusive diversified as well as sustainable.

“We have also presented to the federal government the projected revenues for the 2022 to 2024. Specifically for 2022.

“This revenue is projected to increase in 2023 to 9.15 trillion. The total expenditure that we are expecting we have projected and approved by Council is an aggregate expenditure of 13.98 trillion Naira.

“This includes 1.1 trillion Naira of government owned enterprises expenditure as well as grants and donor funds donor funded projects in the sum of 62.24 billion.

“This means that this budget is just 3% higher than the 2021 budget in terms of the size of expenditure,” the minister explained.

Ahmed added: “We also reported to council the budget deficit and the financing items for the expenditure. The budget deficit that is projected for 2022 is 5.62 trillion, up from 5.60 trillion in 2021.

“This amount represents 3.05% of the estimated GDP, which is slightly above the 3% threshold that is specified in the fiscal responsibility, Act.

“The FRA empowers Mr. President to exceed the threshold in his opinion, the nation faces national security threats. And it is our opinion on fact agreed that we can exceed.

“The deficit is going to be financed by new foreign borrowing and domestic borrowing, both domestic and foreign in the sum of 4.89 trillion on privatisation proceeds of 90.73 billion and drawdowns from existing project tied loans of 635 billion.

Ahmed said the macro-economic background provided has confirmed that the economy had recovered from a negative growth of minus 1.8% in 2020 to 2.5%.

“Our foreign reserves stands at 34.2 billion at the end of May, which is 640 million declined from the previous month.

“The key macro assumptions that were presented and council approved is that there’ll be a crude oil benchmark price of $57 per barrel of crude oil for 2022, a crude oil production of 1.88 million barrels per day, and our exchange rate of N410 or N415 to one US dollar, an inflation rate of 10% in 2022, and a nominal GDP of 149.369 trillion.

“What is interesting is that the non oil GDP continues to grow at N169.69 trillion compared to all GDP of N14.8 trillion included in the nominal GDP. I beg your pardon, nominal consumption is 130,49.36 billion,” she stressed.

Also briefing journalists, the Presidential Adviser on Media and Publicity, Mr Femi Adesina, disclosed that FEC had approved the Ecological Fund Projects for the 3rd and 4th quarters of 2020.

“The funds are for soil erosion/flood control and pollution control intervention projects with contracts awarded in favour of various contactors, in the total sum of N16,041,101,334.79, inclusive of 7.5% VAT.

“We have completed about 5,000 kilometres of roads.” 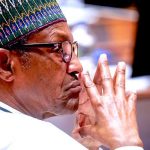