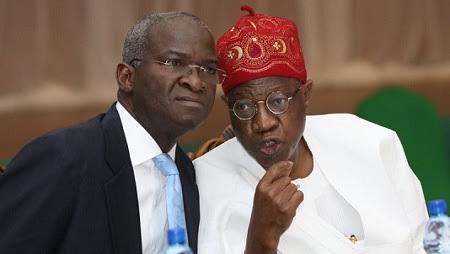 The Federal Government has named a high-powered team to engage with Twitter over the recent suspension of the operations of the microblogging and social networking service in Nigeria.

The Minister of Information and Culture, Alhaji Lai Mohammed, who chairs the team, announced on Tuesday that President Muhammadu Buhari had approved the composition of the team.

Persecondnews recalls that Twitter had written to President Buhari seeking to engage with the Federal Government over the suspension.

About three weeks ago, the government had announced the indefinite suspension of Twitter operations in Nigeria for activities that are “capable of undermining Nigeria’s corporate existence”.

The ECOWAS Court of Justice on Tuesday in Abuja slammed the President Muhammadu Buhari administration for its inference with human rights and actions that violate human rights following the Twitter suspension in Nigeria by the government.

In a landmark ruling, the court “restrained the government of President Muhammadu Buhari and its agents from unlawfully imposing sanctions or doing anything whatsoever to harass, intimidate, arrest or prosecute Twitter and/or any other social media service provider(s), media houses, radio and television broadcast stations, the Plaintiffs and other Nigerians who are Twitter users, pending the hearing and determination of this suit.”

The ruling followed a suit filed against the government by Socio-Economic Rights and Accountability Project (SERAP) and 176 concerned Nigerians arguing that “the unlawful suspension of Twitter in Nigeria, criminalization of Nigerians and other people using Twitter have escalated repression of human rights and unlawfully restricted the rights of Nigerians and other people to freedom of expression, access to information, and media freedom in the country.”

The suit and the ruling followed the suspension of Twitter by the Minister of Information and Culture, Lai Mohammed after the social media giant was banned in the country for deleting President Muhammadu Buhari’s tweet. The National Broadcasting Commission (NBC) also ordered TV and radio stations to “suspend the patronage of Twitter immediately”, and told them to delete ‘unpatriotic’ Twitter. 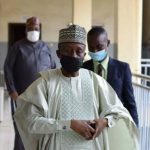 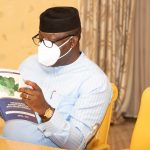