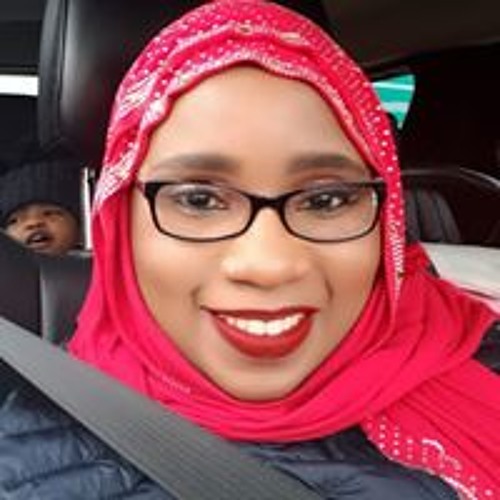 A Muslim woman from NorthEast Nigeria who claimed to have witnessed persecution firsthand criticized the Nigerian government’s response to the rampant violence impacting millions and told a top United States religious freedom oversight body that the country is a “time bomb” in dire need of reform.

The bipartisan U.S. Commission on International Religious Freedom, tasked with advising the federal government and Congress on global religious freedom issues, hosted a panel Wednesday to discuss “extremism and government inaction” in Nigeria.

Hafsat Maina Muhammed, the founder of Choice for Peace, Gender and Development, shared that as an outspoken Muslim woman living in the northeastern region of Nigeria, she faced persecution from both Boko Haram terrorists and the government.

She said she faced persecution because she is a Muslim and a woman, saying “there is a way a Muslim woman should behave act or be in the society.”

She added that a lot of women “are still there because they have nowhere to go.”

“They have nothing to turn to,” Muhammad added. “So in the end, they are stuck where they are. So I am privileged to be out of a situation that I once thought I would never come out alive from.”

She continued that Boko Haram, the extremist group that has displaced millions and killed thousands in northeast Nigeria in the past several years, “unleashed mayhem” in her local government, state, and on her personally.

Frank Wolf, former U.S. congressman, religious freedom advocate and author of the International Religious Freedom Act of 1998, shared how the U.S. cannot refuse to intervene in what is happening in Nigeria.

“When the world and the U.S. ignored … genocide in Rwanda, hundreds of thousands of people died,” Wolf said. “History is repeating itself. Because of the atrocities in Rwanda that we had ignored, President Bill Clinton flew to Rwanda and apologized to the Rwandan people near the end of his term.”

“If what is happening in Nigeria were happening to nearly any country in Europe, the world would be enraged and engaged. But in Nigeria, there is no action,” Wolf continued.

“We do now know what is taking place in Nigeria, so we can’t pretend that we do not, Wolf said.

Mike Jobbins, vice president of Global Affairs and Partnerships at Search for Common Ground, said this is a “critical moment” for the U.S. to act.

“We need a whole-of-government response. …,” he said. “There is an enormous opportunity for the administration to think creatively about how we rally the whole of the U.S. government to support this economic frustration, deep security and injustice, things that aren’t necessarily within the human rights toolbox. …”

Hafsat is from Yobe State. 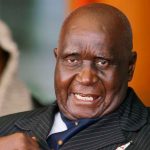 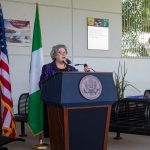