After two-month long shut down of courts nationwide, the Judiciary Staff Union of Nigeria (JUSUN) has suspended its strike.

JUSUN has directed its members to resume work on Monday, June 14.

Persecondnews recalls that JUSUN had on April 6 directed its members across the country to shun work to pressure the 36 state governments to implement financial autonomy for the judicial arm of government being enjoyed by the Executive and the legislative arms.

JUSUN’s decision to suspend the strike followed the intervention of both the Chief Justice of Nigeria, Justice Ibrahim Muhammad and the National Judicial Council.

The media aide to the Chief Justice, Mr Ahuraka Isah, confirmed the development.
“JUSUN has already directed its members to resume work on Monday, June 14,” he said.
Labour and Employment Minister Chris Ngige, had earlier asked the CJN to intervene in the industrial crisis.

President Muhammadu Buhari had on May 22, 2020, signed an Executive Order granting financial autonomy to the state legislative and the judicial arms.

The order mandated the Accountant-General of the Federation to deduct from source, any amount due to arms of government at the state level from the monthly allocation for states that refuse to comply with the Executive Order.

However, following the failure of most state governors to comply with the order, JUSUN, embarked on the strike action to demand full financial autonomy for the judiciary. The Nigerian Bar Association also backed JUSUN with some lawyers staging peaceful protests in parts of the country. 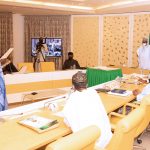 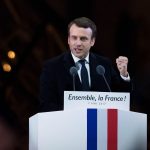